Wireman Chapel holds history in its walls—the history of a college founded on Christian principles; the history of a campus built on faith; the history of a building used for worship, artistic performance and education. For 50 years, and still today, the Chapel encircles us with its original purpose—as expressed in the first dedication service on March 9, 1969—to develop the spirit of love, understanding and forgiveness.

Chapel services were never mandatory at Florida Presbyterian College, now Eckerd College. But even before the opening of the Griffin Chapel (now Wireman Chapel), in 1968 students were encouraged to attend a brief service or “pause for meditation in his [or her] own way in his [or her] own selected place.” The Chapel became the gathering place for convocations and baccalaureate services, peace vigils, community weddings and memorial services, and unique events such as the student-led rededication ceremony to eliminate racism. The structure was envisioned and built as a sanctuary-in-the-round, where those who gathered would see others’ faces as they worshiped. 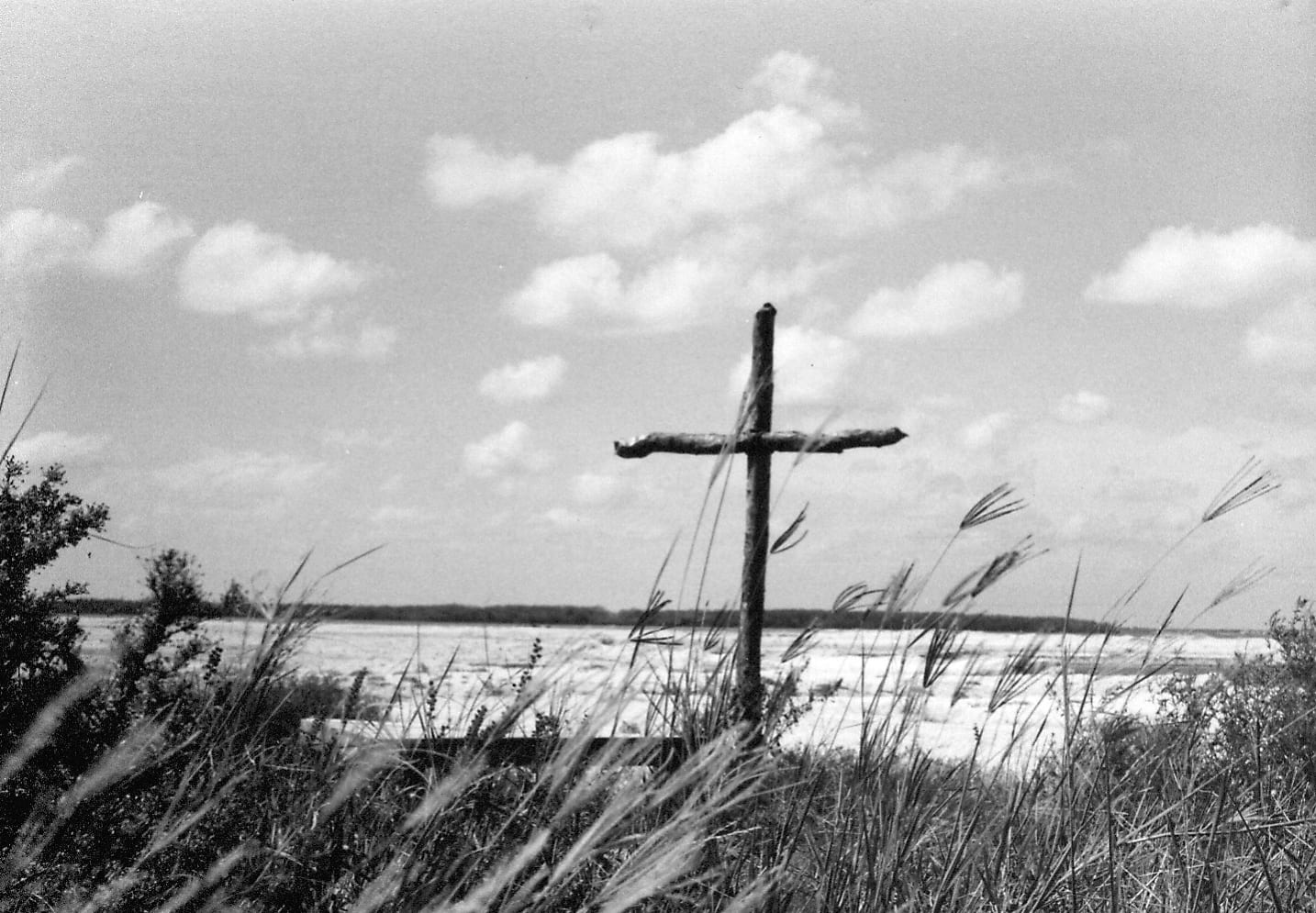 This cross marked the future location of Griffin Chapel, now Wireman Chapel, during the development of the new campus.

Inspired by the 20th-century architect Eero Saarinen, the Chapel was designed by the highly respected Chicago architectural firm of Perkins and Will. Its key design features are its octagonal shape and in-the-round seating, the oculus at the center of the roof that directs sunlight to the center of the sanctuary, the lower glass panels that reflect light from the water outside to the interior, and the girders that recall the flying buttresses of a medieval cathedral, instilling a sense of timelessness in a contemporary structure.

Honoring a donor and a leader

The Chapel was originally named for Ben Hill Griffin Jr., whose $480,000 gift funded the Chapel’s design and construction. Griffin was a founding trustee of the College and served on the Board of Trustees for 20 years.

In 2007, after an extensive renovation funded primarily by a generous gift, the Chapel was rededicated to Dr. Billy O. Wireman, the second president of Florida Presbyterian College. Wireman led the College for nine years during a tumultuous period affected by the social upheaval of the time. Most notably, he secured more than $11 million in gifts from Trustee Jack Eckerd that helped establish financial stability for the institution and led to the College’s name change to Eckerd College in 1972. 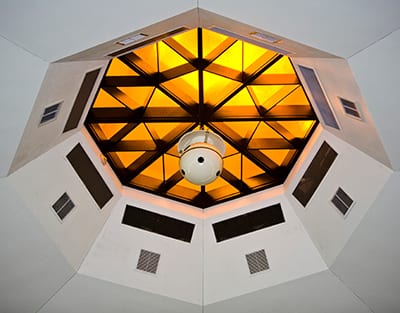 The 45-foot-high Chapel ceiling was built in part to accommodate the robust sound of the Chapel’s organ—created by D.A. Flentrop of Zaandam, Holland, one of the most respected organ builders in Europe; the organ was designed specifically for the Chapel and installed in 1970. The Tallahassee family of Mr. and Mrs. J. Colin English purchased the organ for the Chapel. English was a founding member of the College’s Board of Trustees.

The Chapel calls people to worship and mindfulness with the sounds of a Schulmerich Carillon, purchased during the Chapel construction by Mr. and Mrs. A.R. Staley. George J. Schulmerich, an electronics engineer in the 1930s, invented this form of electro-mechanical bell instrument as an alternative to costly, heavy and hard-to-tune cast bells. Instead, it uses tiny rods of bronze bell metal struck by miniature hammers. 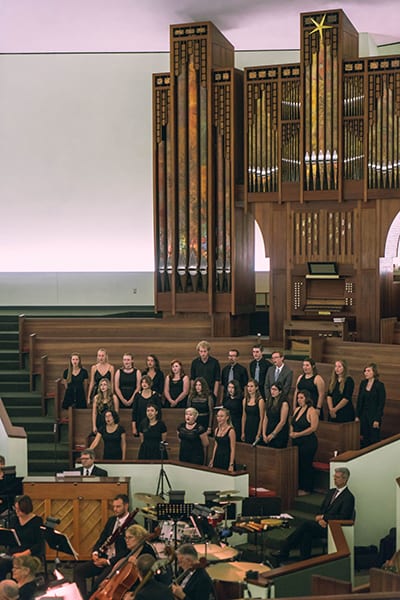 The Chapel Bible, a Revised Standard Version from 1952, is a large, red-leather pulpit Bible given by the Senior High Young People of the Florida Synod Presbyterian Church U.S. in December 1959. 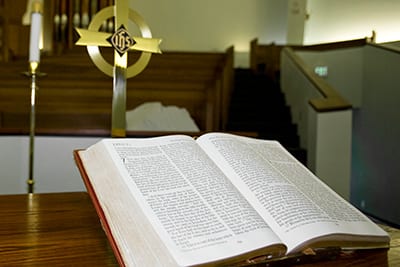 The Chapel Bible, a Revised Standard Version from 1952