The Kadel Society was named after Eckerd College’s founding president, William H. Kadel, in honor of his legacy of innovation and excellence at this special place.

This recognition society honors the outstanding group of friends who have made a provision for the College through their estate plans. These enduring gifts help to ensure that future generations of students will benefit from the Eckerd College educational experience. 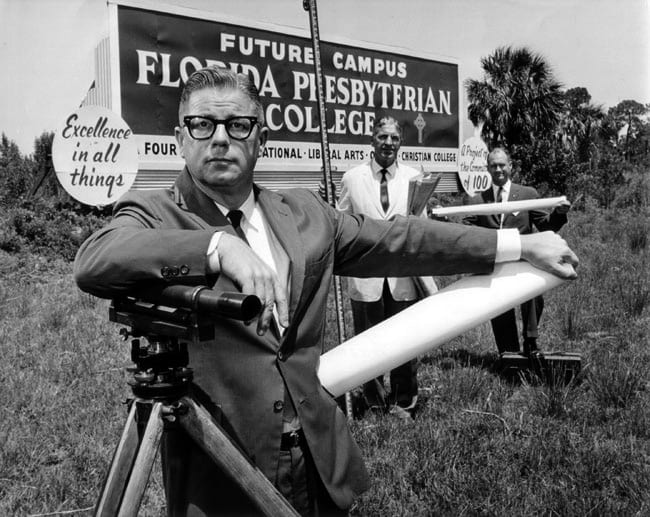 If you have already included Eckerd College in your estate plans, you can join the Kadel Society by simply sharing those intentions with us. By allowing Eckerd to include your name with the many alumni, parents, friends, faculty and staff who have made similar gift arrangements, you affirm the importance of planning for the College’s future and inspire others to follow your example.

We would enjoy the opportunity to thank you and welcome you into this special group.

What better day than today to celebrate an Eckerd couple? Our Griffin/Wireman Chapel has hosted many weddings, and still more wedding receptions have been held on campus.

Darryl and Suzanne met during their junior year in Professor Otis Shao’s Asian Civilization Seminar. Suzanne, from Arcadia, Florida, had transferred from Meredith College, and Darryl came from Orlando to enter FPC as a freshman in the fall of 1963.

College was intellectually enriching for each of them—with Suzanne attracted to the intellectual ferment of late-sixties religious studies, and Darryl drawn to laboratory research in psychology and neuroscience. Both found their Winter Term experiences to be of great value. Dean John “Jack” Bevan sponsored Darryl’s self-taught brain anatomy course for his sophomore Winter Term, Professor Wilhelm Angermeier sponsored his Senior Honors project, and Suzanne carried out a Senior Honors project under the guidance of Professor Alan Carlsten.

After Darryl completed graduate school at the University of Chicago in Biopsychology, they moved to Atlanta where Darryl became a professor in the Department of Psychology at Emory University. Suzanne completed a B.S. in Nursing at Emory in 1975 and worked in the nursing profession for about 30 years. Darryl went on to chair the Emory Department of Psychology, earn numerous awards for teaching, and conduct research. He will (finally) retire from Emory this year, and they will spend more time with their children and grandchildren, all of whom live in Atlanta.

FPC was a unique place in a unique time when they were enrolled. The College played a major role in both of their lives. Leaving a legacy at Eckerd College through their wills is important to them. Their bequest will help continue the existing Darryl and Suzanne Neill Academic Enhancement Endowment, which provides funds for student and faculty academic research.

A bequest is one of the most popular ways to make a gift. Through a provision in your will, you can provide significant support for the College. Your bequest can be a means to perpetuate the giving level at which you have provided during your lifetime. If you haven’t yet made an outright gift, a bequest can enable you to leave a legacy that will assist the College in the future.

There are several types of bequests:

The College also can be the contingent beneficiary if your named individual beneficiaries don’t survive you.

If you already have a will, it can be modified easily by adding a codicil. A bequest in your will allows you to pass any amount you wish to the College free of estate tax.

If you are 70½ or older, up to $100,000 of your IRA minimum distribution requirement may be satisfied by a qualified charitable distribution (QCD). If you are eligible for this opportunity, please contact your IRA custodian. Transfers must be made each year before the December 31 deadline.

A Charitable Gift Annuity enables you to make a meaningful gift to Eckerd College while enjoying income and tax benefits. In exchange for your gift of cash or securities, you—and if desired, another beneficiary—will receive a fixed sum each year for life. A gift annuity is particularly attractive because the rates, based on your age, typically produce higher income than the yields from investments in the stock and bond markets. The suggested minimum contribution is $10,000.

The Charitable Remainder Trust is an ideal vehicle for making a lifetime gift to Eckerd College. To create such a trust, you transfer cash, securities or real estate to the trust. The trust then pays you and/or other beneficiaries an income for life or for a period of years. Upon termination of the trust, the assets pass to the College. The suggested minimum contribution is $100,000.

There are two types of Charitable Remainder Trusts:

In 1955, Dr. William H. Kadel, then pastor at the First Presbyterian Church of Orlando, participated in a brainstorming meeting to discuss the possibility of a church-related college in Florida. Theirs would not be just another college, but a distinguished liberal arts college that would be a leader among higher education institutions. Their desire to be the best drew the attention of the Church, the community, prospective faculty and students, and many in academia. A campus was planned with Florida’s natural beauty in mind.

In the summer of 1958, Kadel accepted the call to become the founding president of Florida Presbyterian College, later named Eckerd College.

Kadel knew this new college would require a high degree of vision and creativity and must capture the imagination of not only Florida but the American public as well. He believed if it was worth doing at all, it was worth going first-class—committing to top-tier faculty, an innovative curriculum, selectivity in admissions to ensure superior students, and facilities that would foster this distinctive environment.

Kadel firmly believed that “where there is no vision, the people perish.” He believed in what he was doing; he had a passion for it and the ability to generate excitement and inspire others to support that vision.

William Kadel made a tremendous impact on Eckerd College as executive, administrator, counselor and spiritual leader. His legacy lives on in the life of the College today.

Thanks in large part to our supporters, about 65% of students travel abroad each year. This travel translates into student achievement. 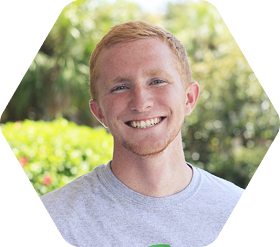 "Scholarship support means I can continue on a path to success while following my passion. It will ultimately help me make my contribution to the world.”