My specific field of training is in New Testament and Christian Origins in the ancient world, and I have broad interests in modern interpretations of the Bible, method and theory in the study of religion, and cultural intersections with religious belief and practice. I examine how modern interests and ways of thinking shape the way we view the past and influence our present. Religion matters a great deal in our world, and thus rigorous analysis of religion in its multitude of forms provides an opportunity for understanding who we are as humans, individually and in community, for better and for worse, offering ways to explore more sustainable and just futures.

I am the author of four books, including most recently, with fellow Eckerd College Religious Studies faculty member Davina C. Lopez, De-Introducing the New Testament: Texts, Worlds, Methods, Stories (2015), a book that challenges the ways in which knowledge of and information on the New Testament are generally construed and organized for public consumption. Alongside publishing over fifty articles and essays, I have also edited six collections of essays, most recently a volume on the Book of Acts: (with Rubén Dupertuis) Engaging Early Christian History: Reading Acts in the Second Century (2013).

My current projects include the publication of my own essays: Acts of the Imagination: Making Early Christian History; and a book for the general public that deals with the intersection of religious themes and modern urban life, focusing on the challenges and contradictions of being human in this context: The Pilgrim and the Oracle: A Journey into Madness and Mystery. 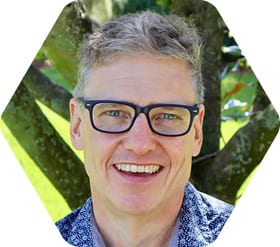 "At Eckerd, a major in Religious Studies allows you to explore what it means to be a global citizen through the study of different practices, beliefs, political structures and theory..."
Lauren Bridge '11, Durham, North Carolina