The international relations and global affairs major is designed to provide students with an understanding of the international political and economic factors, relationships, and issues shaping today's global community. It is an interdisciplinary major, but its home discipline is political science.

The major requirements consist of three prerequisite courses: PO 103G Introduction to International Relations, EC 282S Principles of Macroeconomics, HI 234G Twentieth Century World, plus six core courses distributed across the three core groups listed below. Also required are Political Science Research Methods, two and a half years of a foreign language, the international practicum, the Senior Seminar, and the Senior Comprehensive Exam. Students majoring in international relations and global affairs are also strongly encouraged to spend a semester or at least a winter term abroad. Beyond the three prerequisite courses already listed, a minimum of six core courses are required for the major, with at least two courses taken from each of the following three core groups:

There are three ways to fulfill the requirement:

Students may also minor in international relations and global affairs by completing PO 103G Introduction to International Relations, PO 241S International Political Economy, and four core courses beyond the introductory level which are distributed across each of the three core groups. 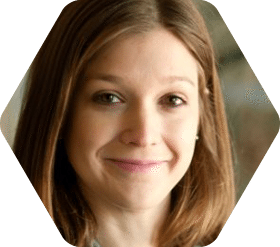 "My professors and peers at Eckerd helped me expand my passion for justice and human rights while still challenging me to question facts I took for granted."