Professor of Literature and Comparative Literature 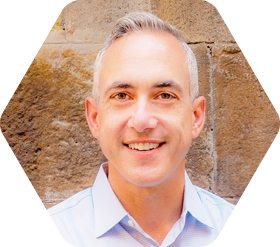 Jared Stark received his Ph.D. in Comparative Literature from Yale University. Before joining the Eckerd faculty in 2004, he held visiting appointments at Cornell University and New York University and was awarded a junior faculty fellowship by the American Council of Learned Societies and the Mellon Foundation.

His teaching and research focus on interdisciplinary approaches to modernism, the history of the novel, literary criticism, postcolonial literatures, and Holocaust studies. His articles have dealt with topics including Edith Wharton’s fiction, the history of photography, and the literature of the Holocaust. He has also published, with Alina Bacall-Zwirn, No Common Place: The Holocaust Testimony of Alina Bacall-Zwirn (Lincoln: U of Nebraska Press, 1999).

He recently completed A Death of One’s Own: Literature, Law, and the Right to Die (Northwestern University Press).

"It was an English Lit class with Professor Empric that first got me interested in law school."