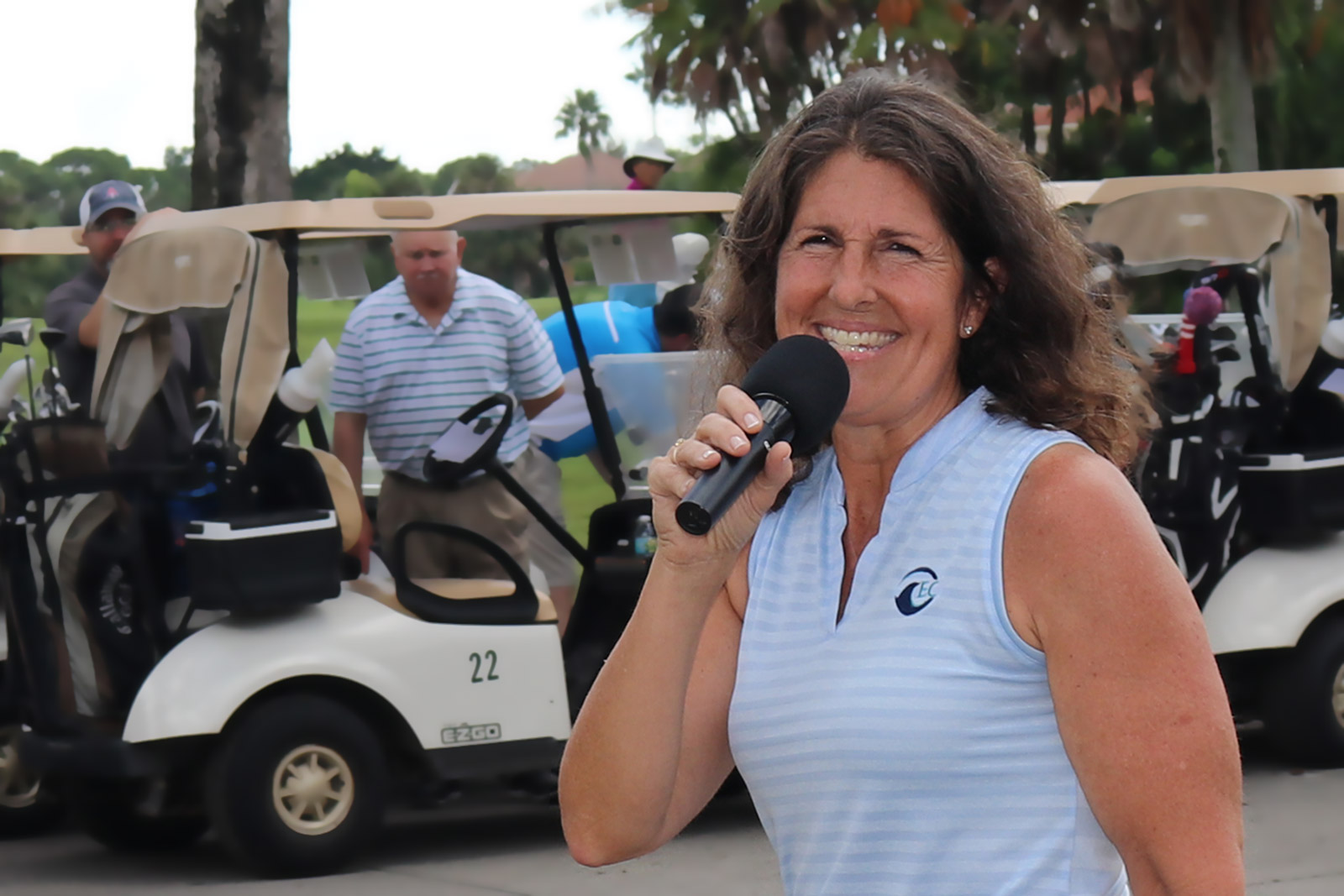 He was sitting on a low wall in front of a residence hall at Eckerd College when Sue Kroh first saw him in August 1985. The young man hopped to his feet and asked if he could help her move into Gamma.

His name, she says, was Matt McDermott.

Not long afterward, they began dating. They were both first-years, and they shared a lot of interests, but playing golf seemed to stand out. In fact, Matt was so good that Eckerd eventually created a scholarship just for him.

Matt and Sue graduated in 1989, got married and moved to New York City. By late summer of 2001, they had two young children and a third due in the spring.

They were happy and secure. Matt was a vice president at Cantor Fitzgerald and had an office on the 104th floor of the North Tower of the World Trade Center. Sue worked for a firm across the street.

On the morning of Sept. 11, Sue was at their home in Basking Ridge, New Jersey. She and the girls were watching Barney on TV. Matt called. There had been an explosion near his floor, and it might have been an airplane. Sue switched channels to CNN and learned that a plane had hit the North Tower near the 80th floor.

The deadliest terrorist attack in history was underway.

“Matt said he was getting out,” Sue remembers from her home. “Then the second plane flew into the other tower, and we knew it wasn’t an accident.”

Sue thought Matt could be rescued by going up, perhaps to the roof, because the floors below him were an inferno. At 9:59 a.m. the South Tower, the second building hit, collapsed.

Twenty-nine minutes later, as she watched on TV, the North Tower went down.

Sue pauses to recall the events. “Can I tell you a quote from William Penn?” she says. “They that love beyond the world cannot be separated by it.” 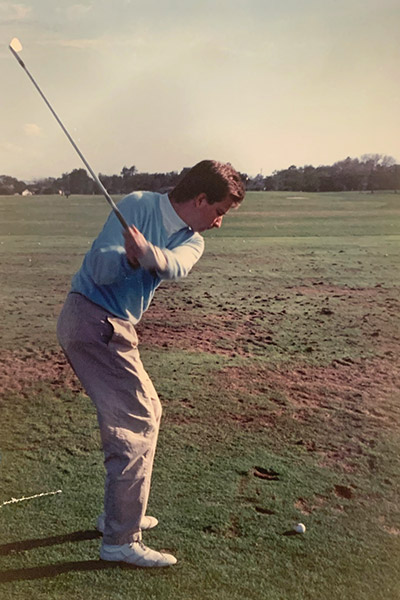 Matt McDermott takes a swing at a St. Petersburg driving range as a senior at Eckerd College in 1989 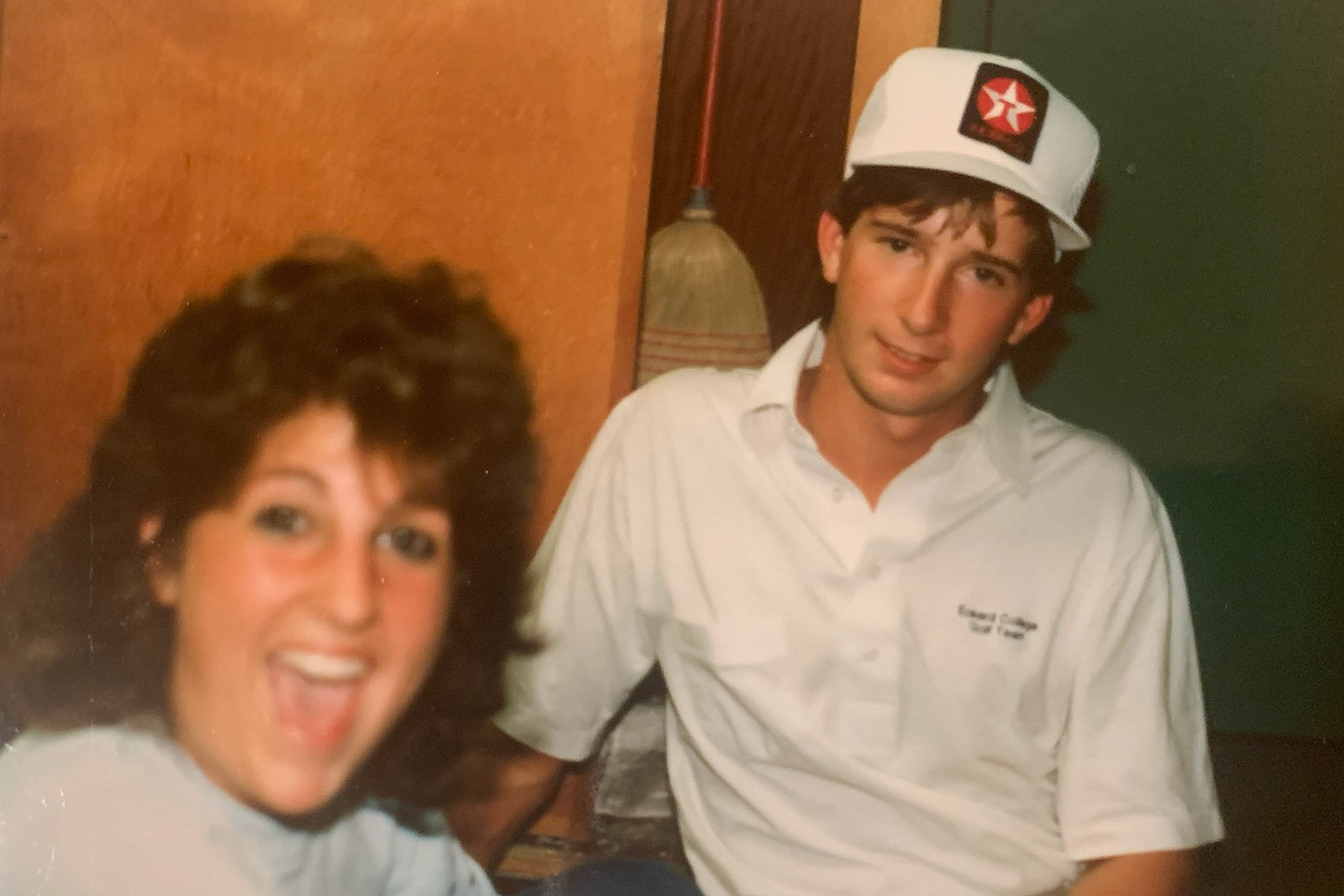 Matt and Sue McDermott hang out in the Gamma residence hall during their sophomore year at Eckerd College in 1986.

In the 20 years since that Tuesday morning, Sue has picked up the pieces of her life. She’s been an Eckerd College Board of Trustees member since 2019. Her children are now in college or have started a career. And Sue has remained active celebrating Matt’s life. Exhibit A is the Matthew T. McDermott Golf Tournament, now in its 18th year (we skipped 2020 because of COVID) and scheduled for Nov. 15 at the Bayou Club in Largo. Proceeds from the tournament benefit a scholarship fund in Matt’s memory that provides financial support to outstanding Eckerd College student-golfers.

So far, the tournament has raised $372,000. “The golf teams never had a scholarship until the McDermott Scholarship,” says Eckerd Men’s and Women’s Head Golf Coach Bill Buttner. “And Sue is the one who made it happen. She was gracious enough to come down here every year and help get it done.”

That goodwill extends to some of Matt’s clients, who raised more than $100,000 in 2013 to buy a Mercedes travel van for the Eckerd Golf program. “That’s been a huge asset for the Men’s and Women’s Golf teams,” says Billy Evers ’04, assistant director of athletics, advancement and internal operations at Eckerd. The scholarship and the van not only help student-athletes now, Evers adds, they help Eckerd attract talented golfers for the future.

Through it all, the young man who helped Sue move in has never left her side.

Since Matt passed away, she ran the New York City Marathon—twice. Each time, she finished with a time of 5 hours and 27 minutes. She recently helped her son move into an apartment. The number on his door is 527.

“Matt was born on May 27,” Sue says. “There are other examples too. I truly feel Matt is with me. And he’s depending on me.”

Instead of keeping her children home from school every Sept. 11, they attended class. “And then after school, and the homework was done, we’d all go play golf.”

When this year’s tournament is played, if the pandemic allows, Sue will be there.

“I won’t miss it,” she says. “And all my kids love being at Eckerd. I think it provides a little glimpse of their father they didn’t get to have. Eckerd was so important to Matt. We feel Matt’s presence all the time when we’re there.” 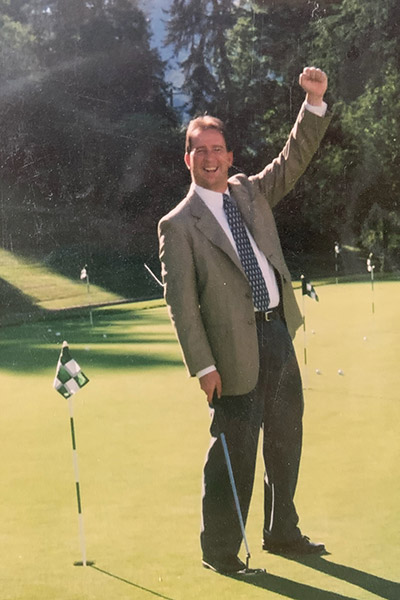 Matt McDermott celebrates sinking a long putt during a family round at a practice hole in West Virginia in July 2001.