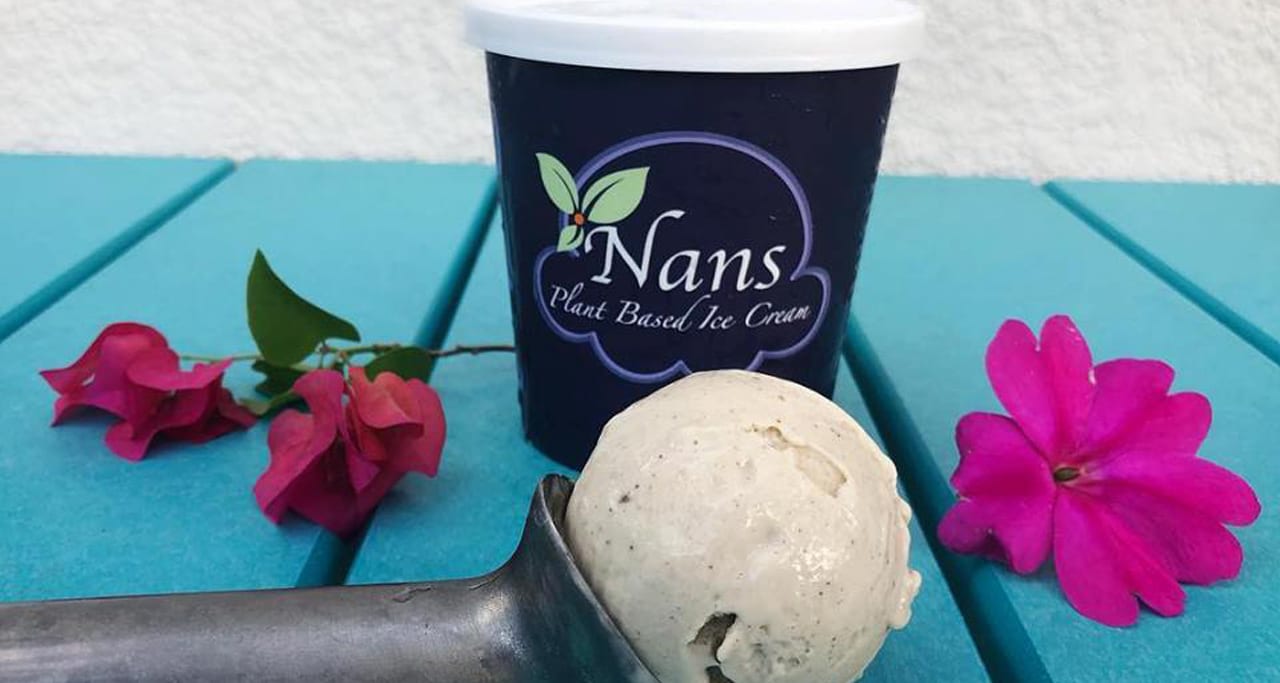 Fun fact: The No. 1 response when Eckerd alumni are asked their current job title is “CEO/entrepreneur.”

That’s true for AnnaMarie Cicitta ’17 and Craig Felson ’16, recent graduates who turned their pursuit of vegan options into a thriving St. Petersburg business. Now, Nans Plant Based Ice Cream has made it back home to Eckerd. In November, Bon Appétit, the College’s dining services provider, began selling Nans on campus in the Triton’s Pub.

“Nans Plant Based Ice Cream is a delicious and healthier alternative to regular dairy-free ice cream,” according to Cicitta. “We use raw almond milk, coconut oil, nut butters, fresh fruit and high-quality chocolates to make it.”

Cicitta, a Business Administration graduate from Glen Rock, N.J., left a job in equity capital markets at Raymond James Financial to turn Nans into her career in February.

“My passion has always been nutrition and sustainability,” she explained. “We’re doing pretty well working out of Urban Creamery (ice cream shop), and we are working toward getting our own facility.”

Having your product sold at your alma mater isn’t a regular occurrence, according to Sam Shepherd, general manager of Bon Appétit.

Cicitta and her partner approached Bon Appétit when looking for a facility to manufacture the ice cream but ended up selling Shepherd on distributing the final product instead.

“It’s plant based, it’s vegan and it’s pretty good. I wanted to give them a shot,” Shepherd said. “Getting an alum’s product here is great, and the idea of the product is parallel to the Eckerd community’s values, so I just did what I had to do to make it happen.”

Shepherd worked through corporate purchasing for months to generate contracts and make Nans available on campus. Once it was approved, the Pub began keeping eight gallons of the vegan ice cream in stock in chocolate, vanilla and pineapple flavors. Served by the scoop, six gallons of Nans sold during the first three weeks of its debut.

“We’re just starting out. We have to do some more thorough marketing to raise awareness,” Shepherd said.

Cicitta says the product’s merits speak for themselves. “It’s creamy and nutritious, while only using half the sugar as typical ice cream.” 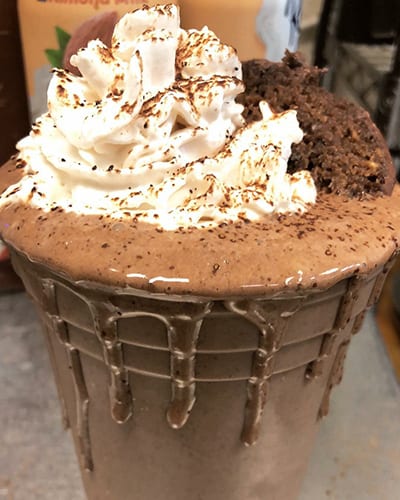 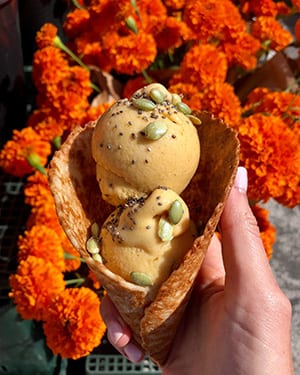