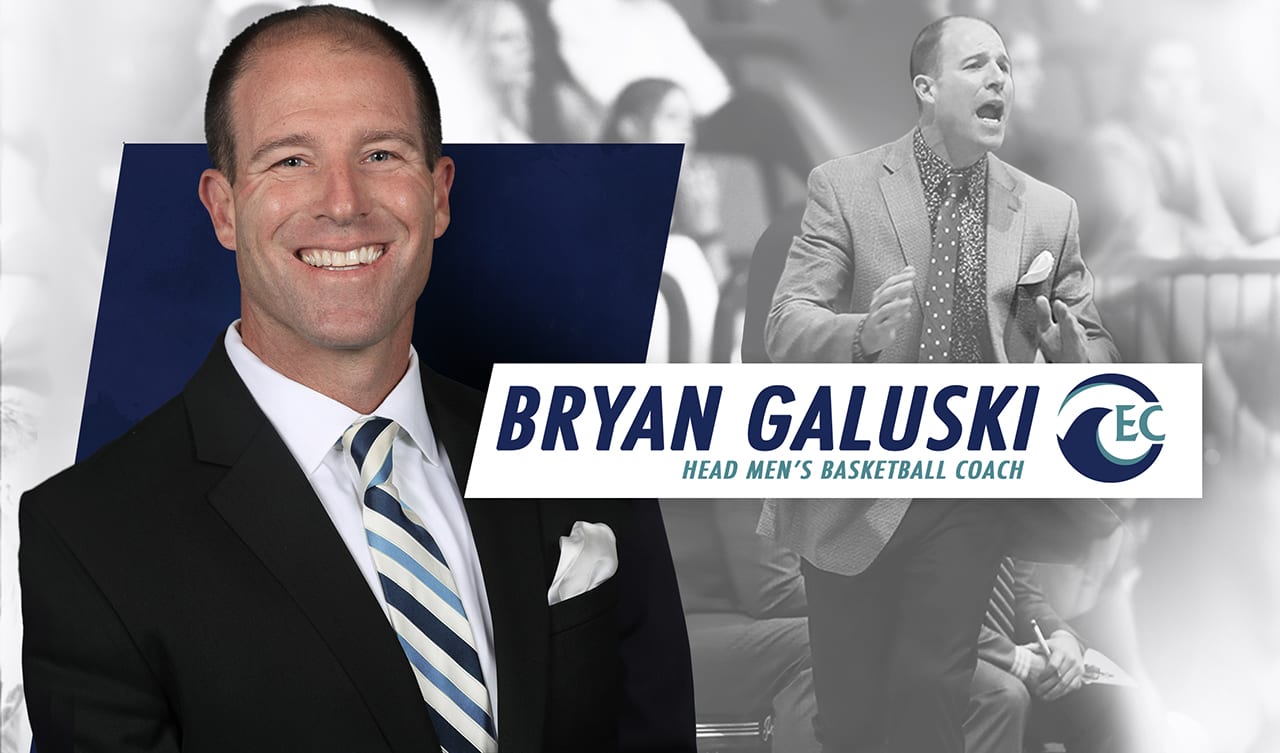 Bryan Galuski ’98 is only the third head basketball coach in the history of the men’s basketball program.

Since the beginning of the Eckerd College Men’s Basketball program in 1963, only two permanent head coaches have roamed the sidelines—Jim Harley and Tom Ryan, a 1987 Eckerd graduate.

Now, a third name will be added to the list.

“I am very excited to have Bryan Galuski return to Eckerd College as only the third head basketball coach in the history of the men’s program,” Ryan said. “He brings 14 years of head coaching experience as well as an important knowledge of Eckerd Athletics as a player and an assistant coach. We had a very impressive pool of applicants, and the decision was incredibly difficult to make.”

Galuski has spent the past 14 years at NCAA Division III Greensboro College in Greensboro, North Carolina, as the head men’s basketball coach. He also served in a dual role as athletic director for the last four years.

“First, I would like to thank President [Donald] Eastman and Dean [James] Annarelli for entrusting me with the future of the Men’s Basketball program and giving me this opportunity,” said Galuski. “Thank you to Dr. David Gliem and the Search Committee for their diligence during the thorough search process. Many thanks to Director of Athletics Tom Ryan for believing in me and giving me this excellent opportunity to carry on an outstanding legacy built by himself and Coach Jim Harley.”

“Today is a great day for the Galuski family. My wife, Julie [Grabowski ’98], and I are looking forward to reconnecting with the Eckerd community. This opportunity is very special to me, and I feel very fortunate to have the chance to return to my alma mater and become the next head men’s basketball coach. I am extremely excited to meet the players and begin work for the 2019–20 season. It’s great to be coming back home.”

Galuski is the winningest coach in Greensboro program history with 183 victories to his credit, leading the team to the USA South Conference Regular Season Championship in 2007 and conference championship game appearances in 2008, 2012 and 2013. Under his tutelage, the Pride produced 20 all-conference selections, three conference players of the year, two conference rookies of the year and five all-region selections.

Prior to arriving at Greensboro, he worked under Ryan as his assistant coach from 1998–2005. While Galuski coached alongside Ryan, the Tritons made the program’s first trip to the Elite Eight in 2003 and boasted a then-program-record 25 wins. Eckerd made five trips to the national tournament during Galuski’s tenure as assistant coach.

A 1998 graduate of Eckerd, Galuski was a four-year member of the Tritons after coming to St. Petersburg from Latham, New York, playing for both Harley and Ryan. As a senior, he led the team in scoring with 14.7 points per game, ranking sixth in the conference. He also ranked eighth nationally with 3.0 steals per game.

Galuski was an instrumental part of the 1994–95 team that won the program’s first-ever Sunshine State Conference (SSC) Regular Season Championship. A two-year captain, he was named both all-conference and all-region during his time as a Triton. He currently ranks eighth in program history for steals amongst Tritons, with 154.

Galuski takes over a program that Ryan built into a perennial contender in the SSC. Eckerd claimed five conference championships under Ryan’s guidance and qualified for the NCAA Tournament 11 times.

Galuski is the winningest coach in Greensboro College program history with 183 victories to his credit.