Divers in shorts stood on the deck of the Ally’s Way on Oct. 23 celebrating the boat’s maiden voyage and the remarkable young woman it was named after. 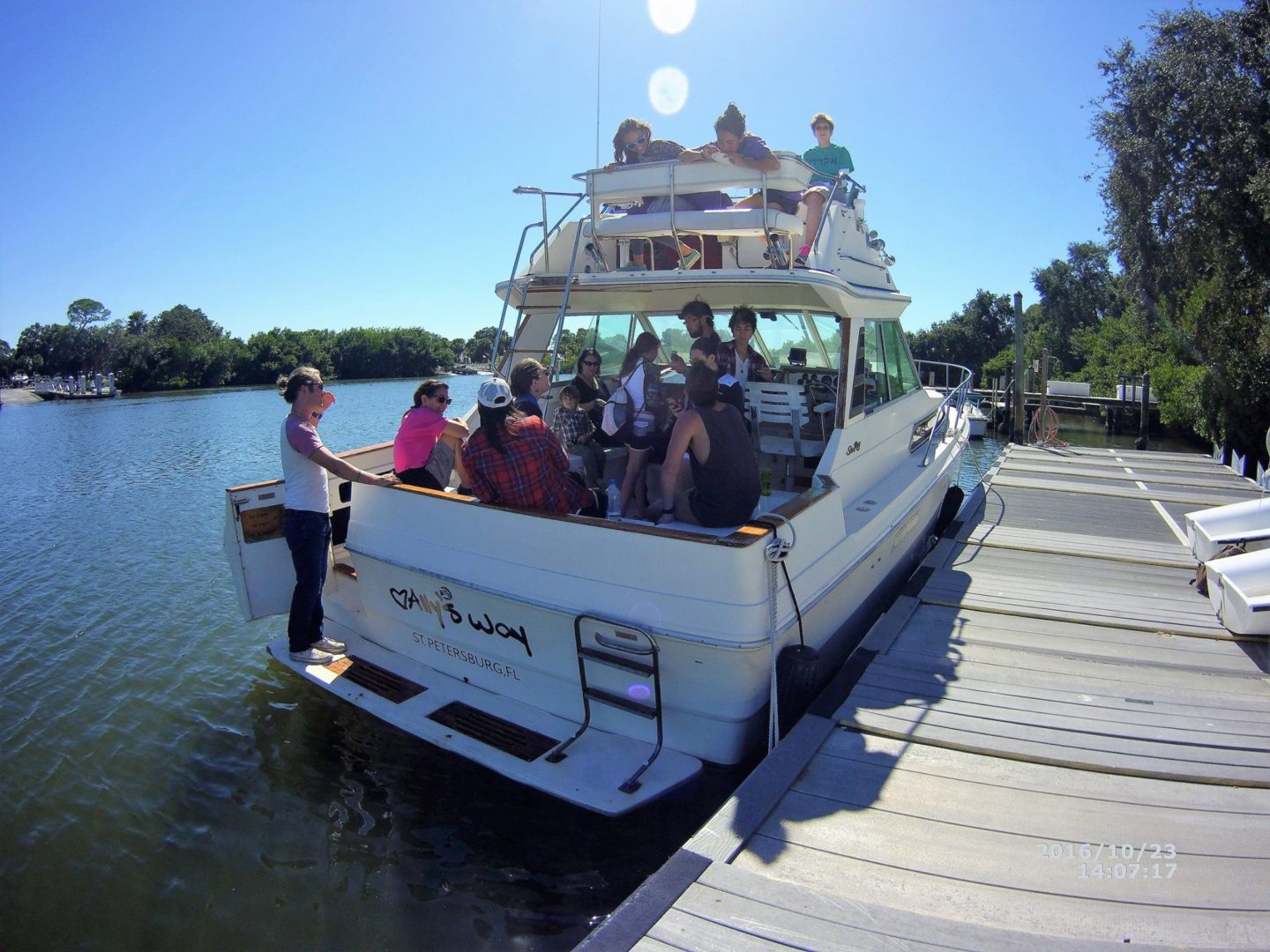 Allison Willen ’16 passed away during a study abroad trip to New Zealand in 2015 while spending a semester at the University of Otago. But her memory lives on in many ways, through the Eckerd Hillel and now the SeaRay boat called Ally’s Way, which was purchased through a donation from Ally’s parents for the EC Environmental Divers Club (also known as Scubi Jew).

Rosenthal and guests did not christen Ally’s Way but followed the Sephardic tradition of holding a “Zeved HaBoat” to welcome a new female (boat) into the world. Before the donation, the scuba-diving group had to rent a boat for reef-cleaning missions. “Now, we will adopt two reefs and alternate,” Rosenthal said.

Todd and Michelle Willen (P ’16), Ally’s parents, explained that donating the funds for the boat was just one more way they could honor their daughter’s spirit of kindness and care for the environment. The couple also helms the Live Like Ally Foundation, which, to date, has given 28 travel grants to young people who aim to better the world.

The Willens will travel to Florida in December for a second dedication ceremony for Ally’s Way.