Associate Professor of Sociology Nick Dempsey, Ph.D., recently published the third edition of the textbook Being Urban: A Sociology of City Life.

The book, first published in 1982 by David A. Karp, Gregory P. Stone and William C. Yoels, was extensively revised by Dempsey, with a new chapter he wrote on the impact of the arts in urban life and a final chapter on the dynamics of today’s changing cities.

The new edition comes at a time of increased attention to cities. As the latest edition notes, “the world has become predominantly urban” with most people in the world now living in cities. Millennials are flocking to urban areas in large numbers and the future is much brighter for most American cities.

St. Petersburg is examined in the chapter titled, “Arts in the City.” The chapter notes how the city’s leaders were influenced by Richard Florida’s book The Rise of the Creative Class and began investing heavily in the arts as an economic stimulus, including the “somewhat extraordinary move” to build a new museum for the work of Salvador Dali. 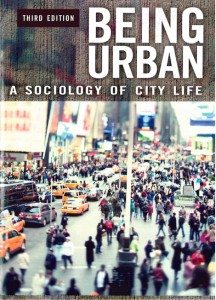 The chapter concludes that it remains unclear whether the arts can act as a true economic stimulus but points out that the arts have a long history in cities and “it is clear that its role in a postindustrial society is perhaps more important than ever.”

The book also includes chapters on community, social organization, lifestyle diversity, women in cities, urban politics and the influence of sports on city life. It is the first revision in more than 20 years. The revised edition attempts to reflect the changes that have resulted in the shift to cities away from the suburbs, Dempsey says.

The book examines cities through the lens of interactionism, which focuses on how people interact in cities or, as Dempsey puts it, “how people form communities,” adding: “It is fundamentally different to be a city dweller.”

Dempsey, who received undergraduate and graduate degrees from the University of Chicago, spent two years revising the book. His next project: a deeper examination of the impact of the arts in St. Petersburg.