Isabel Lichter ’19 smiled brightly as she posed for the cellphone video in full scuba gear on the shore of the Mediterranean Sea. 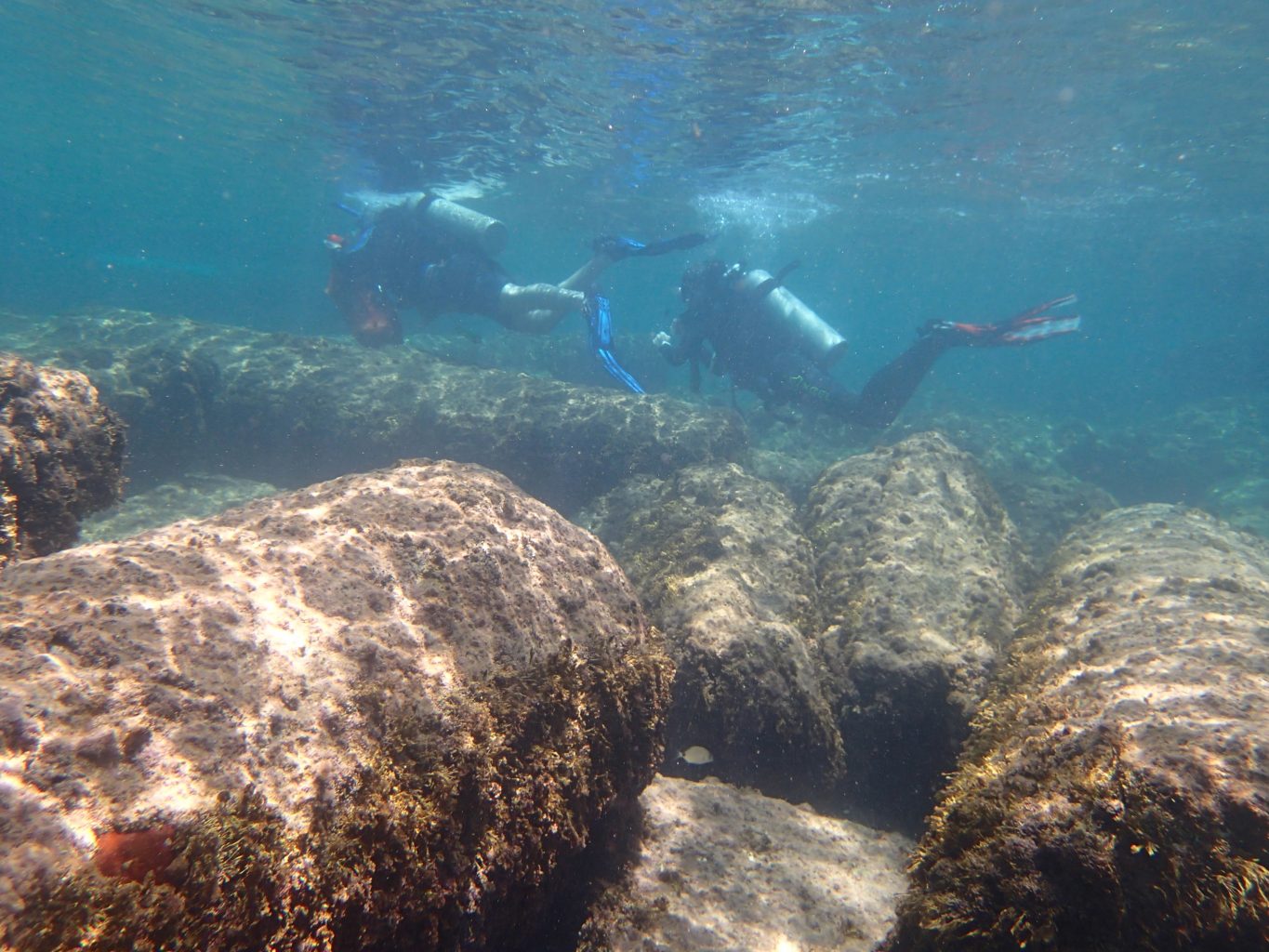 Hours later, she and 29 other students would emerge with 150 pounds of waste and a renewed purpose.

“S/o [Shout out] to Eckerd College and the best Rabbi ever for the opportunity to go to Israel. Dive in the Red Sea, float in the Dead Sea and explore cities with some other Eckerdians and Israelis for free,” she’d later write on her Instagram account.

Lichter, a psychology major from Arlington, Va., was one of 11 Eckerd College students to take advantage of the Birthright Israel program, which provides an all-expenses-paid trip to Israel for applicants of Jewish faith ages 18 to 26. Birthright has sent more than 500,000 students to Israel since its founding in 1999.

There are many ways to take the trip, but Eckerd’s Campus Rabbi Ed Rosenthal offers one of the most unique, an “Underwater Birthright.”

“We do this diving, not because it is fun. We do it with a purpose,” Rosenthal explained.

As adviser to the Eckerd College Environmental Divers Club, also known as Scubi Jew, Rosenthal helps students of all faiths get advanced SCUBA certification and takes them around the area for service projects such as coral restorations in Key Largo. His Birthright trip, open to students from around the country, took the students on eight scuba-diving expeditions to see Israel’s marine habitats as well as its landmarks. Rosenthal said the cleanup dive near the ancient port of Caesarea was based on the Jewish tenet of Tikkun HaYam, restoring the Earth to its original glory, including the seas. 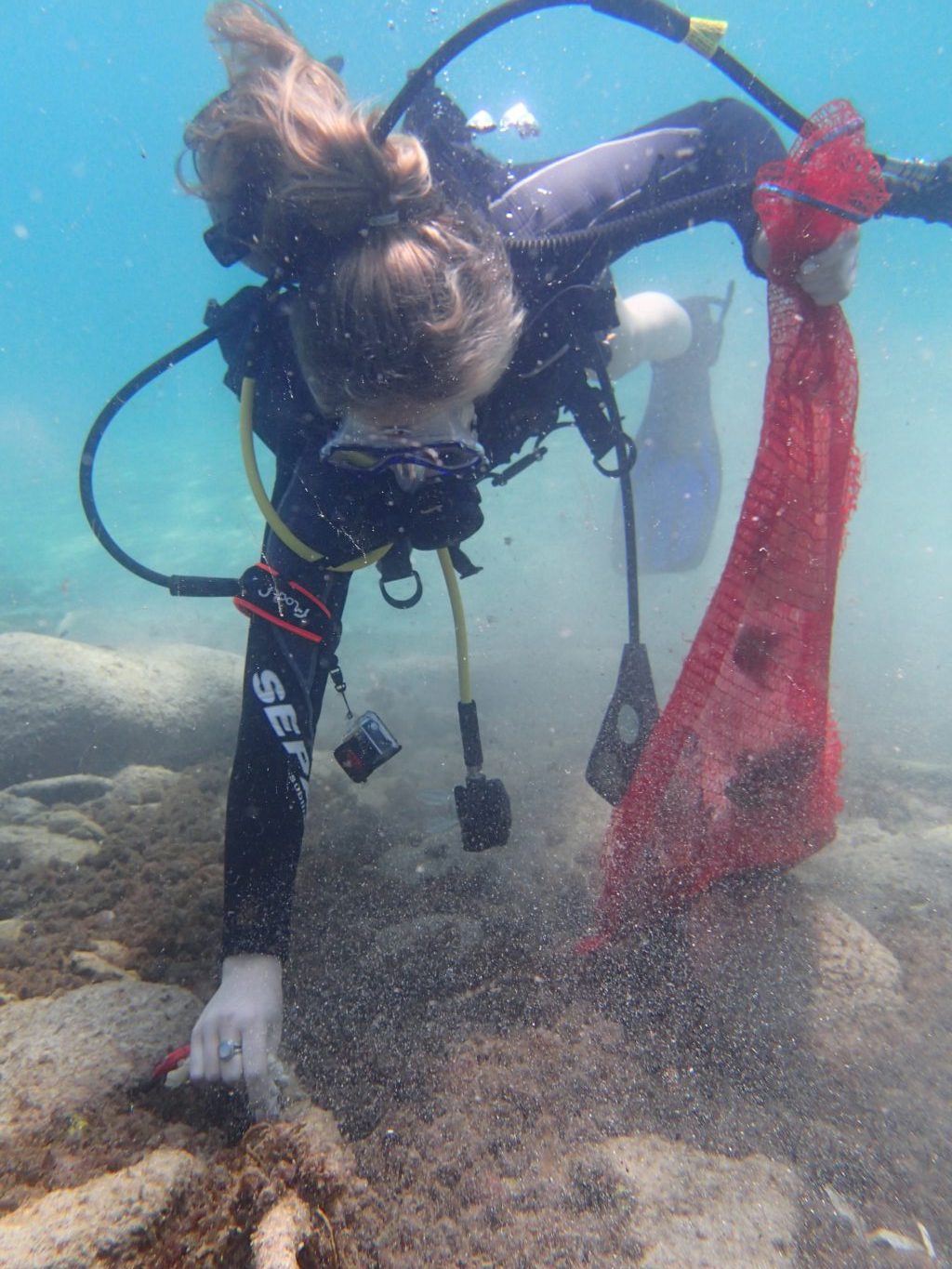 Members of the Eckerd College Environmental Diving Club (Scubi Jew) were among 30 students to take a summer trip to Israel and dive to clean up the Mediterranean near the ancient port of Caesarea.

“It was so nasty. We filled up 12 to 15 mesh bags with garbage in about three hours,” Rosenthal said. “It was mostly bottles, cans, chunks of plastic and metal. It was just ugly.”

From May 29 to June 9, Rosenthal’s group saw Jerusalem, Tel Aviv, Haifa, Eilat and the Golan Heights—and floated on the Dead Sea. Students also met with Dr. Baruch Rinkevich of Israel’s National Institute of Oceanography and learned about coral restoration projects similar to Scubi Jew’s happening in his country.

Sophia MacVittie ’19, an Eckerd marine science major from New York and Scubi Jew member, stayed on for the summer as an intern in Rinkevich’s lab.

Rosenthal has led two Underwater Birthright trips, but it is unclear if he will be leading one next summer. “If they approve it again, I’ll be happy to go back,” he said. 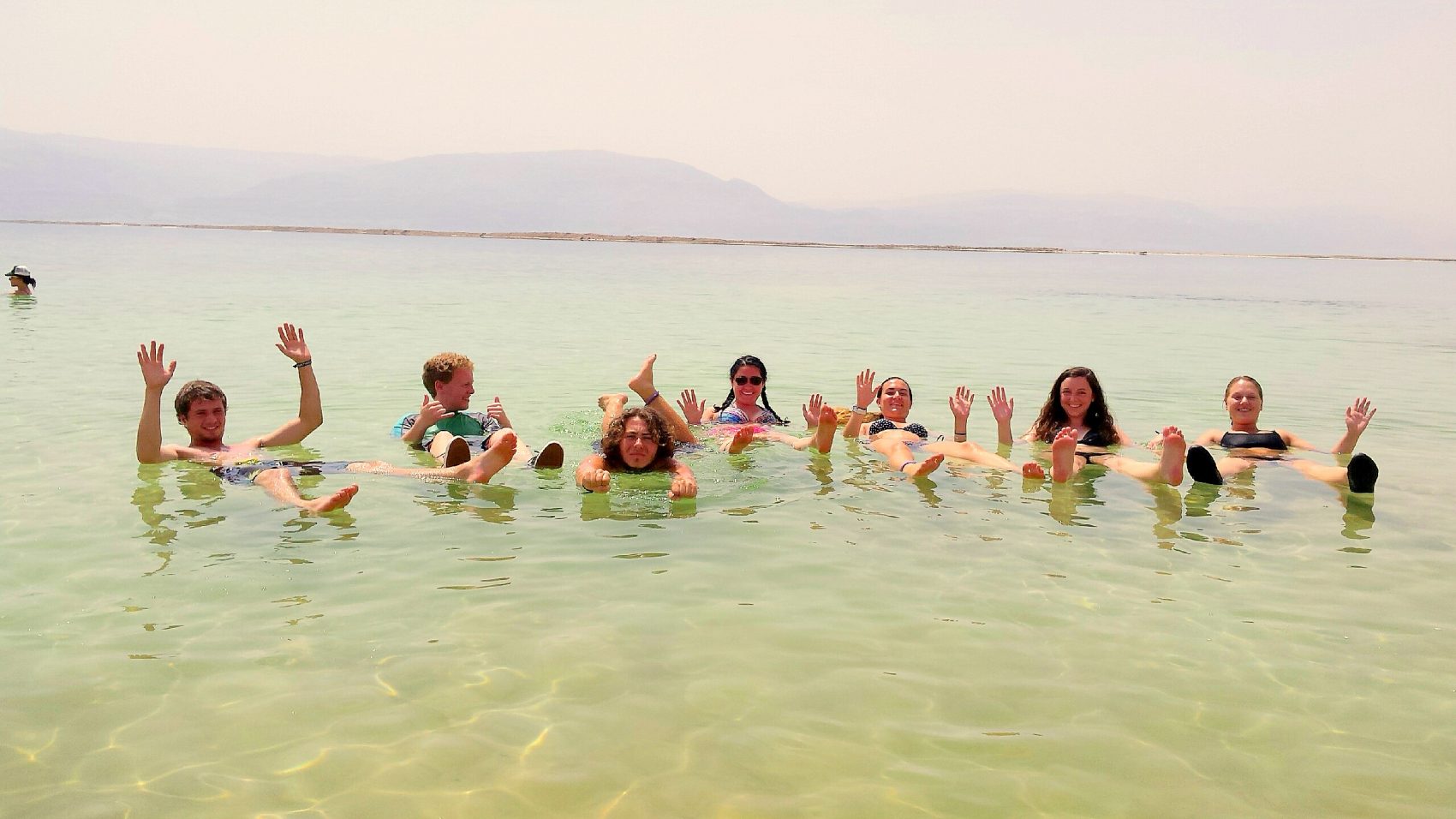