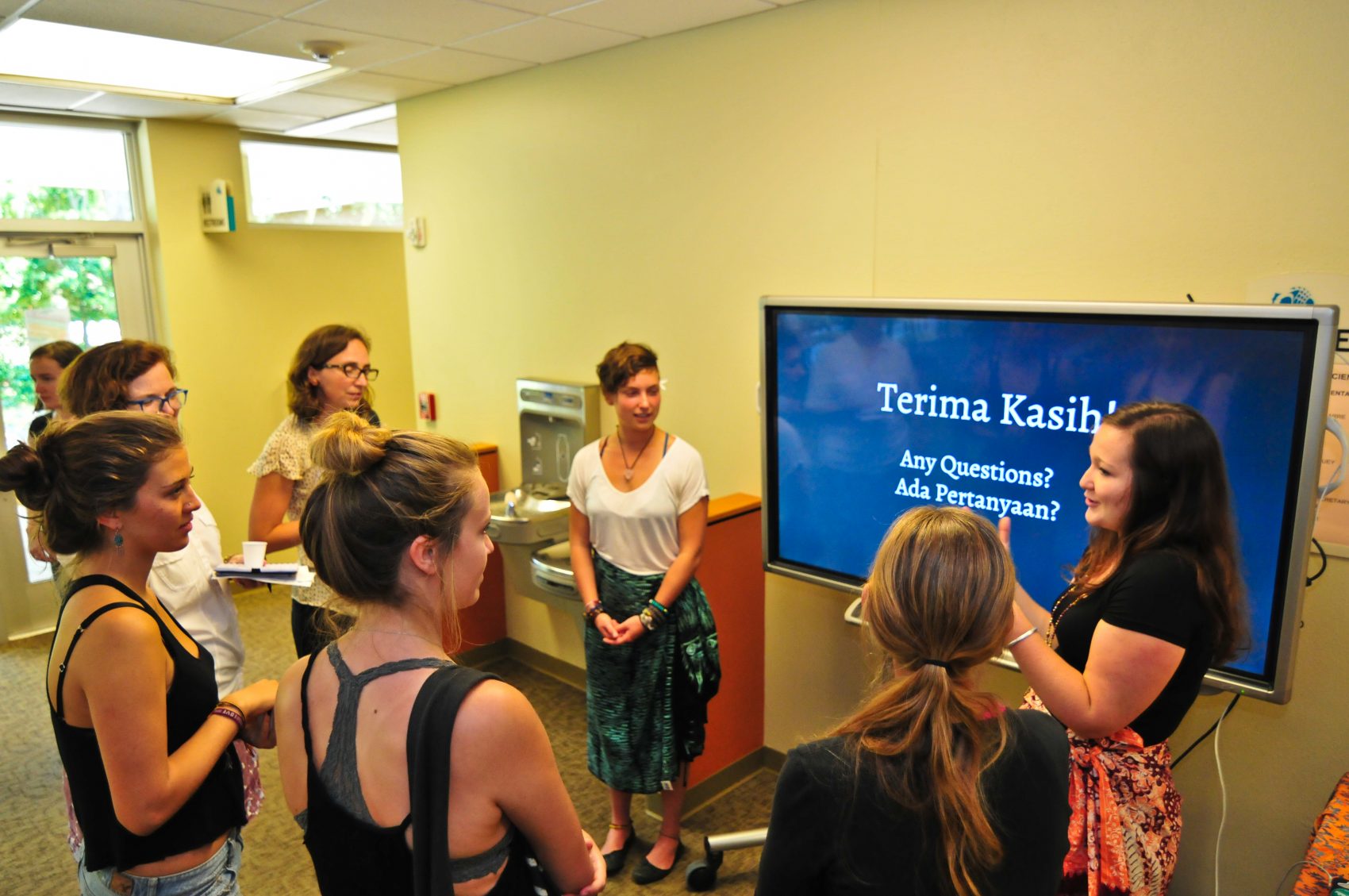 Andrea Martin ’16 and  Zoë Shribman ’17 present their research on “A Holistic Approach to Understanding Local Environmental Issues in Indonesia” at the Humanities Symposium.

Discussion was lively when Marina Belotserkovskaya brought up the parallels between the American hipster culture and the Russian nationalist food movement at the third annual Eckerd College Humanities Symposium on April 27.

Her presentation, “Anti-Westernism in Modern Day Russian Marketing,” used the example of the ways advertisers are pushing Russian fermented-bread drink Kvass to displace American brands such as Coca-Cola.

“Student groups are wearing protest T-shirts that say, ‘I refuse Coca-Cola,’ and a company is named Nikola, which literally means not cola,” said Belotserkovskaya, a junior environmental studies major from Atlanta. “It has a lot of similarities to the American eat local, buy local movement.”

The presentation was one of 16 held inside and outside the Sheen Center auditorium. The annual symposium gives students the chance to present their scholarly work to an audience and panel of judges for discussion and recognition. This year’s topics ranged from the films of Wes Anderson and the race to understanding environmental issues in Indonesia.

Diego Fleitas, a junior international studies major from Tupelo, Miss., took top honors for his auditorium presentation “Punic and Weak: Sardinians as Barbarians.” Belotserkovskaya won second place. The interactive lobby presentation winner was Matthew Cramer’s “Portrayal of Colombia in the Media and its Effect on the Colombian Consciousness.” Second place was awarded to Hannah Day’s “‘I See Everything that Made Me’: Beasts of the Southern Wild and the Possibility of a 21st Century Black Tomboy Hero.”

Belotserkovskaya said she enjoyed presenting at the symposium and sharing a bit of her Moldovan parents’ Soviet heritage with Eckerd College. Upon moving to St. Petersburg, she immediately found a store that sold Kvass, to combat homesickness.

“When my parents were young, there were no choices in the Soviet Union,” she explained. “Now they have to compete with Western brands, and it’s fascinating how they market Kvass as a part of the Russian identity.”

The Humanities Symposium was sponsored by an Andrew W. Mellon grant. 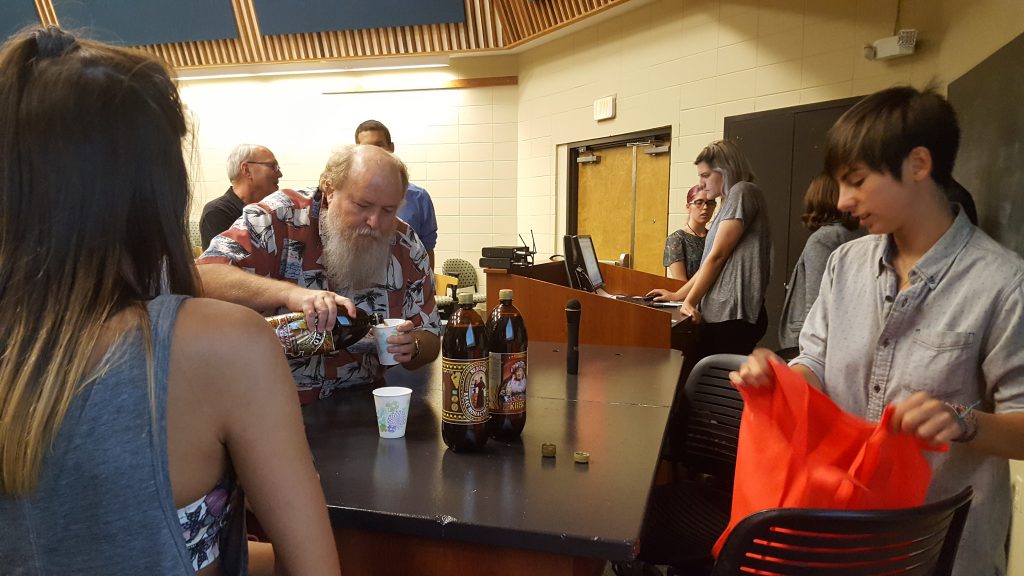