Two dozen companions get their due at pet graduation

Joe Miseyka ’17 held his pet tortoise still as Eckerd College President Don Eastman shook the animal’s leg and presented him with a certificate of appreciation. 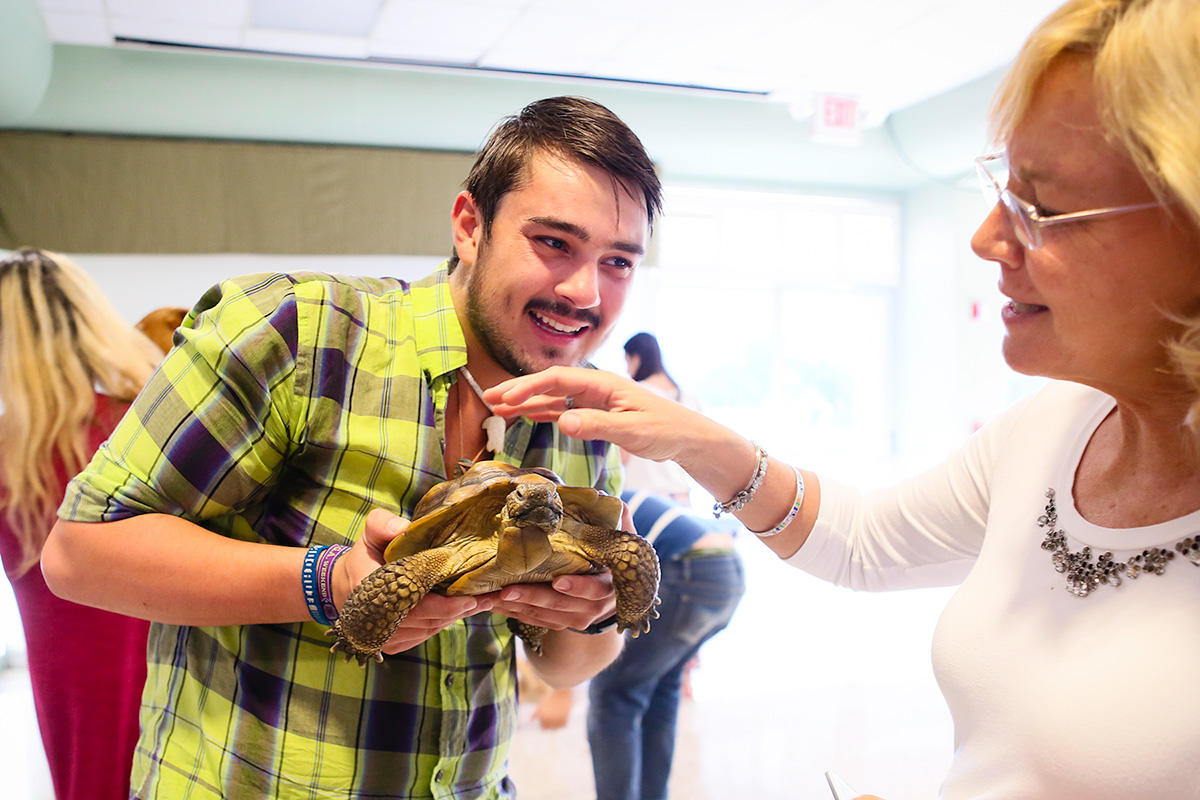 The tortoise, Matt Miseyka, was one of 27 pets honored at the Fifth Annual Eckerd College Pet Graduation in Fox Hall on May 9.

Every year, the College holds a ceremony for the pets of graduating seniors. Species represented in the Pet Class of 2017 include 10 dogs, nine cats, three rats, a snake, a guinea pig, a desert tortoise, a parakeet and a hedgehog.

“I am really excited for the ceremony,” said Joe, a psychology major from Barrington, Ill. “It’s just something I thought would be fun for him.”

As Matt’s name was called, Joe carried him up to cross the stage to the raucous cheers of students, faculty and staff familiar with the tortoise. This year’s “pet graduates” received a certificate, an Eckerd College ID tag and a cap-and-gown photo shoot with their owner and the president. 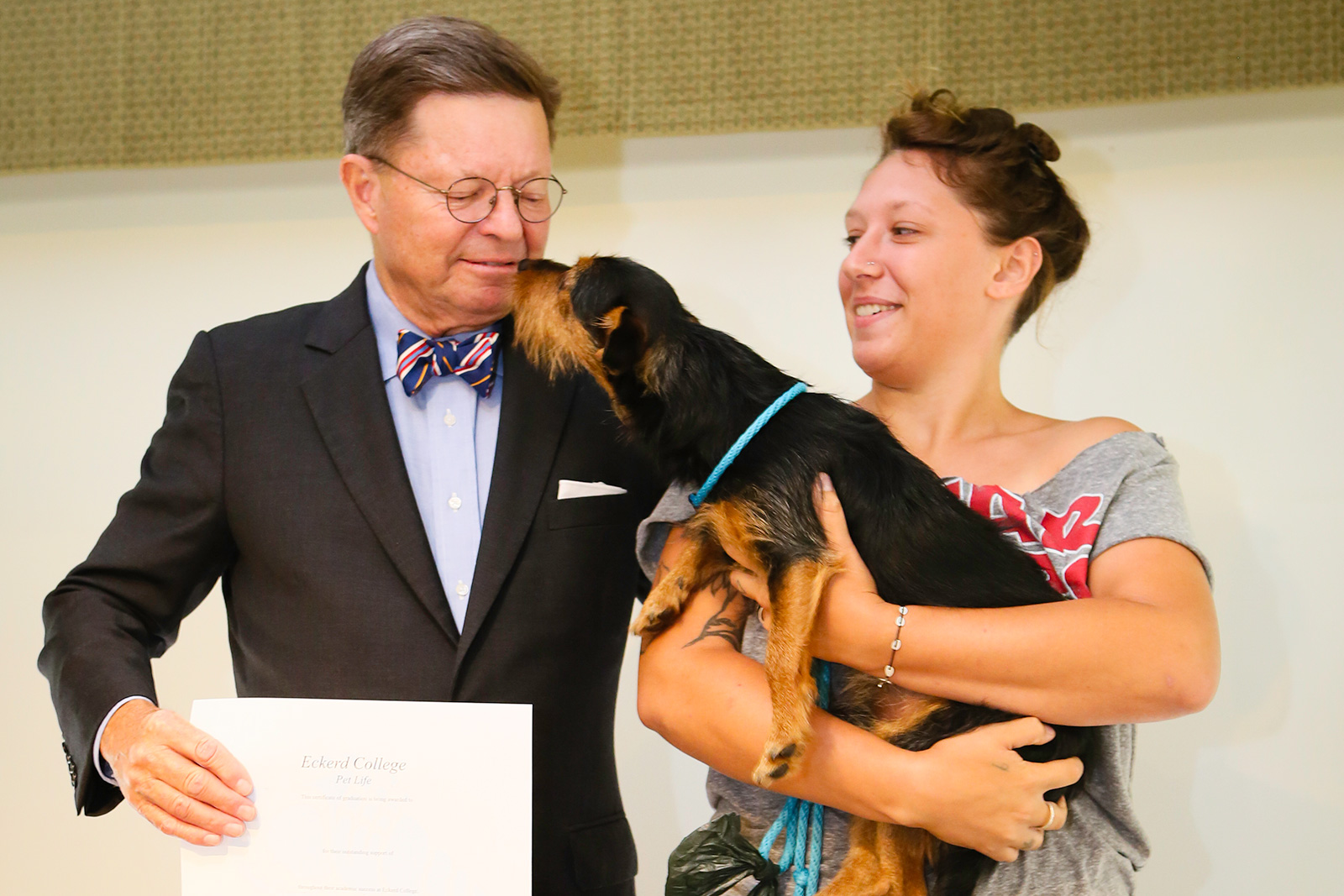 Opie Sarvet licks Eckerd College President Donald Eastman at pet graduation on May 9. His owner, Galit Sarvet ’17 (right), a human development major from Northhampton, Mass., will graduate on May 21.

“This really is one of my favorite events at Eckerd College,” said Eastman. “[This event] tells you more about what sort of place this is than any other.”

As the first school in the nation to accept on-campus pets, Eckerd shows a true commitment to honoring the animals that support our students, which has extended to this annual ceremony. Vice President for Student Life and Dean of Students James Annarelli read the pet names while President Eastman presented the certificates and then had his photo taken with each pet and owner at the ceremony.