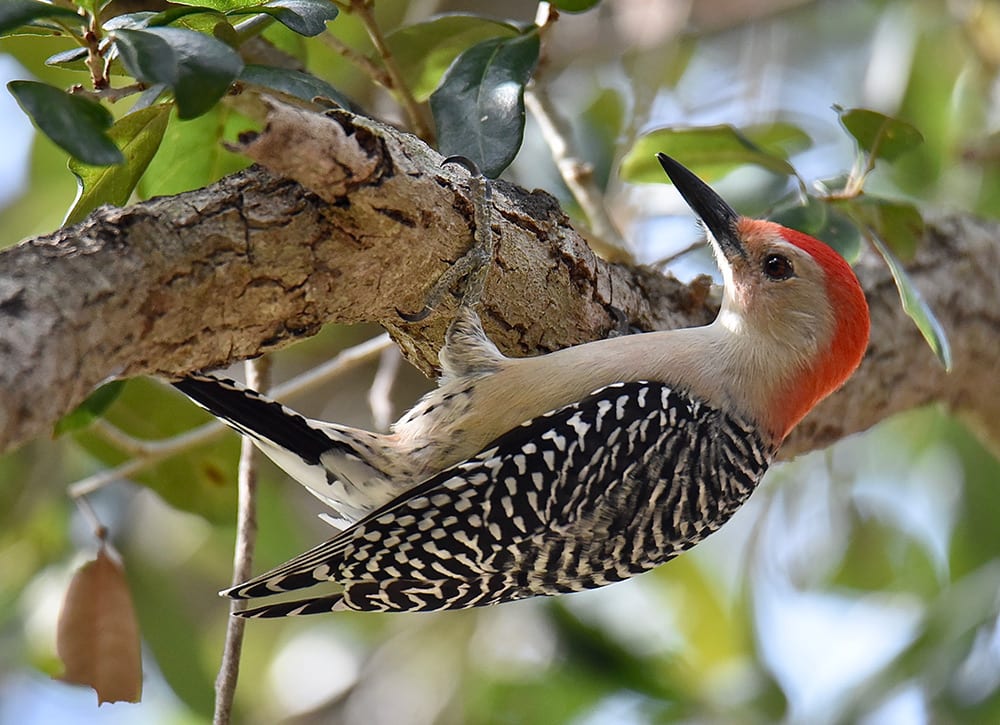 The red-bellied woodpecker is a common sighting on campus. Photo: Connor O’Brien ’24

The pursuit of an alligator was the beginning.

“One day I went down to Zeta Pond, when the gator was still on campus, to see it and met Trevor Clair, who was really into birding, and that was sort of how we got started,” said Connor O’Brien, co-president (with Trevor) of the Ornithological Society of Eckerd College, the newest campus chapter of the National Audubon Society, a national nonprofit focused on bird conservation with 23 state programs, 41 centers and more than 450 local chapters.

After that fateful meeting, Connor resurrected his long-dormant dream of forming a birding club—which he had attempted in high school in Seattle but never found any traction.

“I guess birding in downtown Seattle is not as attractive as a place like Eckerd College, where there is so much nature,” Connor said. “It was also not hard to find people interested in the environment and animals at Eckerd.”

Connor and Trevor, a first-year student from Riverside, New Jersey, approached Professor of Environmental Studies and Biology Beth Forys to ask her to serve as the club’s faculty adviser. Next, they prepared a club charter application for the Eckerd College Organization of Students, which governs all new campus clubs. After chartering in the fall, Forys suggested they also apply for Audubon Chapter status, and the group was admitted in February.

“They are now one of about 100 student Audubon Society Chapters in the U.S. Membership is free, and National Audubon does do a lot to support these chapters,” Forys explained in her announcement of the achievement. “The students have a lot of things planned for the campus—from bird walks and contests, to more advocacy and policy work. I think it is a very good thing for the College.”

For this new Audubon network chapter, the co-presidents and officers (KT Thanner, a first-year student from Essex, Maryland; Aarushi Gandhi, a first-year student from Bangalore, India; and Olivia Spicer, a junior environmental studies and biology student from Indianapolis, Indiana) will be able to take advantage of the organization’s onboarding workshops and much more. Resources include recruiting materials, conservation tool kits, the Audubon on Campus Team as a source for information and support, quarterly Community Calls, several webinars and an intercampus Slack channel. 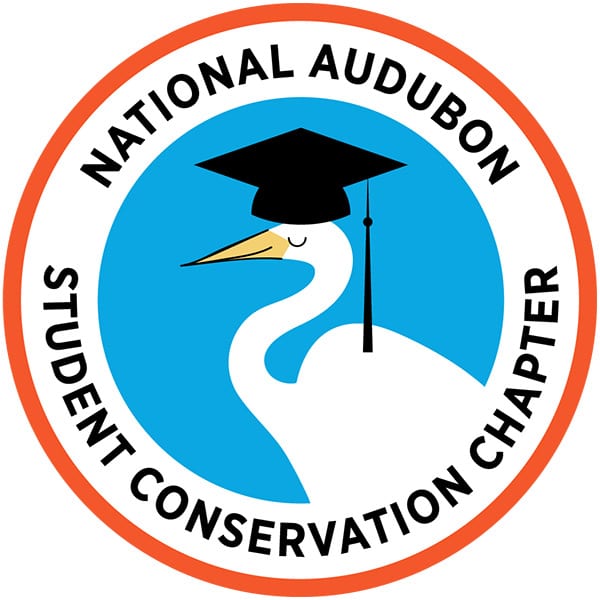 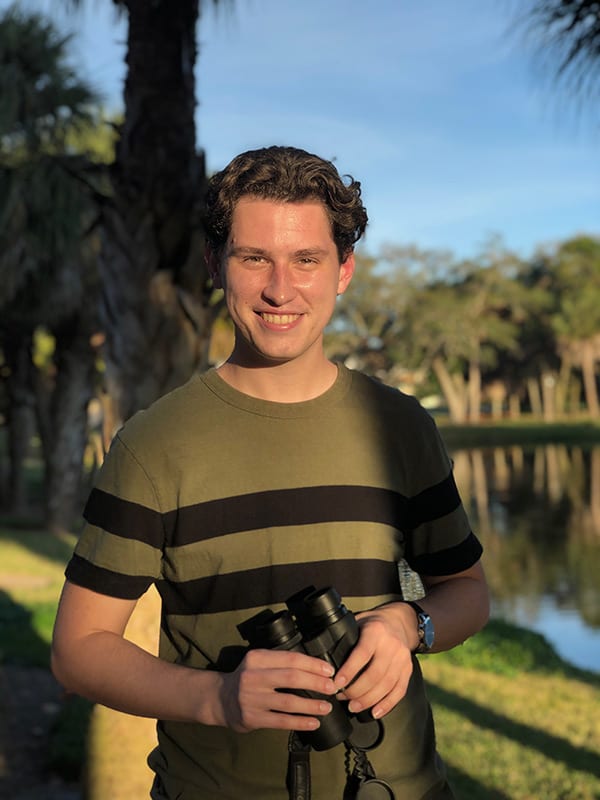 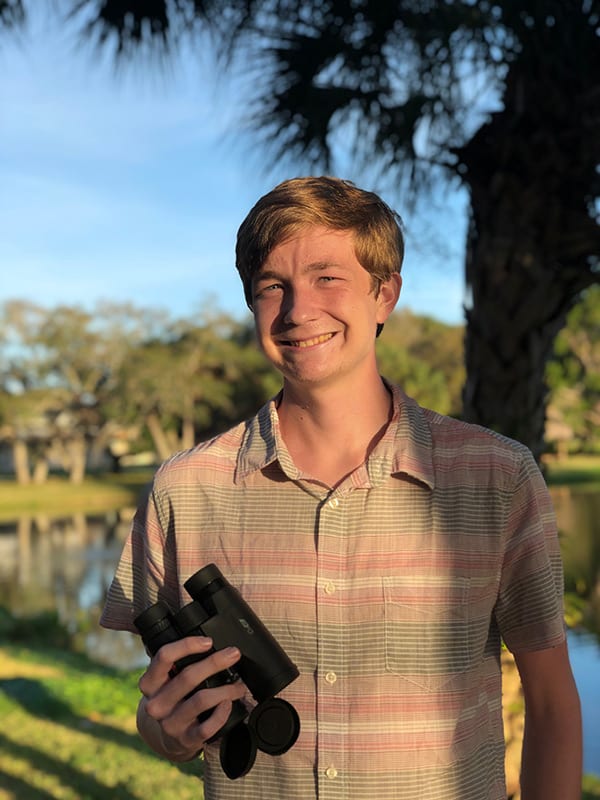 When Connor isn’t in class, he’s working as a first-year research associate on Forys’s seabird entanglement project, taking photos of the many bird types that pass through Eckerd’s campus, or dreaming of how the Ornithological Society of EC can make the campus a birdier place.

“In the future, we want to plant a garden with more species native to Florida to attract more birds; to go on bird walks; and to use our Instagram page to communicate with students about the many birds at Eckerd, so they can more easily identify them when they see them,” Connor said.