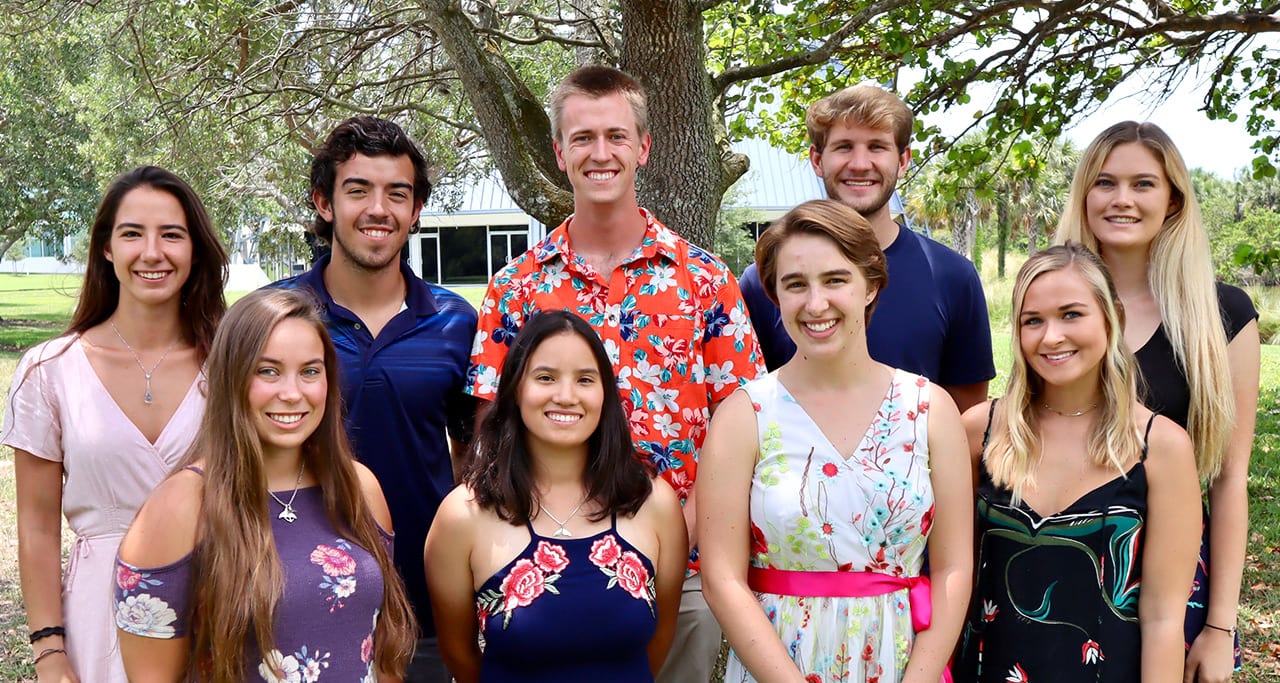 Since the scholarship and internship award named for the late U.S. Senator from South Carolina was established in 2005, 89 Eckerd College sophomores have been accepted into the program—the most in the nation.

Hollings Scholars will attend a one-week orientation in the final week of May, receive up to $9,500 for their final two years of undergraduate study and spend 10 weeks in the summer of 2020 interning at a NOAA facility, with $700 per week in pay and $200 per week in housing allowances for students not living at home.

“There are so many experienced marine science students at Eckerd that I honestly didn’t think it was going to be me,” said Cecilia Thompson, who was notified of the win via email on April 29. “It’s always been a goal of mine to get the Hollings Scholarship. I was so happy, I teared up.”

Many of this year’s winners had extensive research and fieldwork under their belts going into the grueling monthslong application process.

“In high school, I planted a coral nursery near Playa del Carmen—the first of its kind in Mexico,” said Isabela Rios, the only international student among this year’s Hollings Scholars from Eckerd. Her love of marine research drew her to Eckerd, but her interests have pivoted from coral to engineering for her future career. She plans to complete Eckerd College’s 3-2 Engineering Program and obtain her masters from Columbia University. “I’d love to be placed in a California lab that is using drones powered by wind and solar energy to track great white shark migration,” she added.

Though NOAA Hollings Scholarships mainly focus on internships in the natural sciences, a few of our scholars can see deeper implications of their research interests for the future. “I’d personally love to be placed in Alaska” said Evan Coit. “In the future, I want to study microbiology in extreme environments. I want to be an astronaut.”