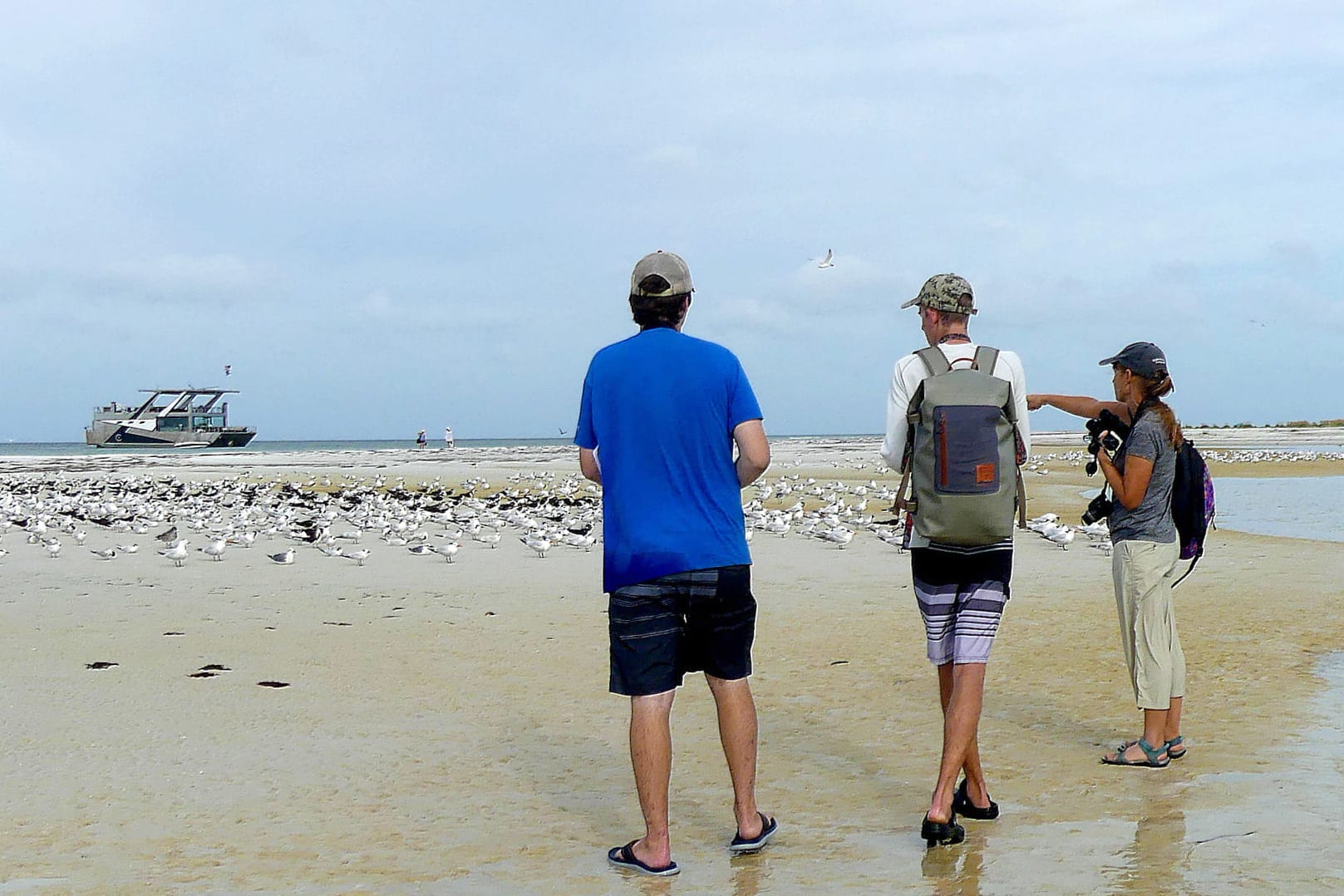 Eckerd College’s Richard R. Hallin Professor in Natural Sciences Elizabeth Forys, Ph.D., received funding from the National Fish and Wildlife Federation and Audubon Florida to continue a study of what disturbs birds from foraging or causes them to fly off their nests.

She will use the $4,000 in extension funds to hire and train student research assistants to follow the 50-page protocol of the Atlantic Flyway Disturbance Project (AFDP), which has contracted with ornithology experts and nonprofits from Maine to Florida to document the man-made factors that rile migratory birds and make them change their nesting and flight patterns.

“This is to help create better management of areas where birds are nesting,” Forys said. “Sometimes, like when people drive their cars on beaches, birds are so disturbed they don’t come back. Others are disturbed by drones, loud music, domestic cats, pet beaches and other things. So we’re trying to get at the problem on a large scale.”

Student researchers Sonder Selvig, a junior environmental studies and biology student from Fort Collins, Colorado, and Patrick Cline, a senior environmental studies student from Concord, California, have been trained in the AFDP protocols and will be doing surveys of nesting areas in Fort De Soto Park and Outback Key to determine if the birds, both migratory and native, are able to safely procreate, rest and forage in the area.

Forys explained that it is important to study the nesting birds through various seasons, including breeding season and migratory season. For the best results, data will be collected for one year.

“We want to know what happens when they nest and are obviously disturbed. Chicks might not hatch,” Forys said. “When birds are migrating, energy is important. Energy expended [flying off their nests] when they don’t need to is less energy they have when it’s time to fly back to their breeding lands.”

Birds are an important part of the ecosystem, but the numbers of some species are plummeting—some declining as much as 90% in the last 20 years, according to the professor. “We are trying to learn what we can about why these species are declining and what management strategies we can employ for these birds that live close to people.”

Joshua Roach, a senior biology student from St. Petersburg, Florida, assisted Forys with the AFDP when she was awarded $6,000 to study nest disturbances in 2018.

“In Fort De Soto Park, there weren’t a lot of disturbances because most of the nests were in the park’s protected area,” Joshua said. “We went in the early mornings and did observe that things like planes or boats sometimes disturbed the birds, but the biggest problem was people who were walking in the protected area where they shouldn’t have been.”

Joshua—who had no ornithology experience before his mentor, Forys, hired him to work on her projects—said the experience has pushed him to pursue a graduate degree in the field in conservation biology.

“This project really helps us learn about their survival,” he added. “Knowing what the problems are helps us further tackle those problems by using data. We don’t often think about why the colonies that are doing better in certain years are succeeding.”