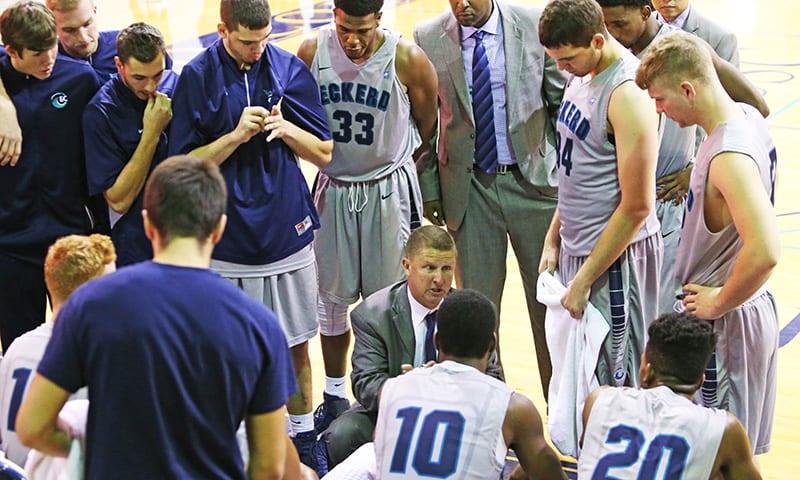 After serving 17 months in an interim capacity, Thomas J. Ryan ʼ87 has been appointed as the new athletic director for Eckerd College. The alumnus and championship-winning head men’s basketball coach was promoted on Oct. 5.

“There is no one as dedicated to his alma mater and his players as Tom Ryan, who has shown himself time and again to be enthusiastic about leading and elevating our Division II Athletics program,” said President Donald R. Eastman III. “The widespread support from faculty and staff confirms not only his strong track record of leadership but also his high expectations for athletes’ successes in the classroom.”

During Ryan’s tenure as acting athletic director, student-athletes at Eckerd College have continued to achieve on and off the field, including 99 of them being named to the Sunshine State Conference Honor Roll in the 2017–18 academic year. 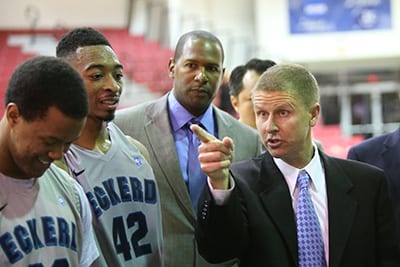 A forever Triton, Ryan graduated from Eckerd with a bachelor’s degree in Management and took a job the following fall as the College’s intramural director and assistant men’s basketball coach. He completed his master’s degree in Physical Education at Nova Southeastern University in 1987 and in 1996 was appointed head men’s basketball coach, succeeding his beloved coach and mentor, Jim Harley.

After serving 17 months in an interim capacity, Thomas J. Ryan ʼ87 has been appointed as the new athletic director for Eckerd College. The appointment to athletic director was made with enthusiastic support from President Eastman, Vice President for Student Life and Dean of Students James J. Annarelli, executive staff, faculty representatives and a nationally recognized athletic consultant.

“Becoming the athletic director at Eckerd is icing on the cake in my career here,” Ryan said. “I love this place. The faculty and staff at Eckerd are all committed to the complete development and well-being of the students. Our coaching and administrative staff comprise an amazing team that supports each other on and off the courts and fields.”

Ryan said he is grateful for the opportunity and a chance to grow in the Eckerd community.

“The Ryan family has been blessed to be part of this community for so long,” he said. “I would like to thank President Eastman and Dean Annarelli for giving me the opportunity to lead our terrific coaches and student-athletes.” 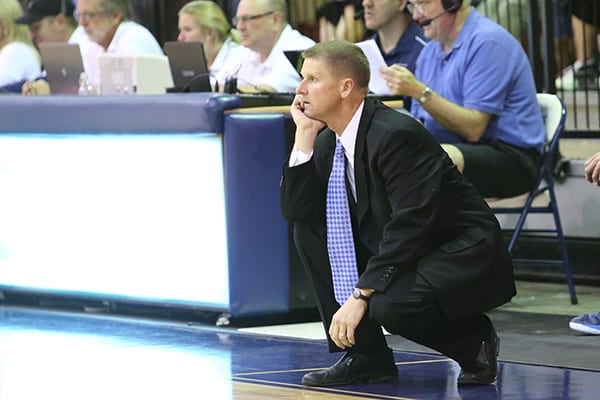