Here is a list of public events planned for November. All events are free and open to the public, unless otherwise stated. 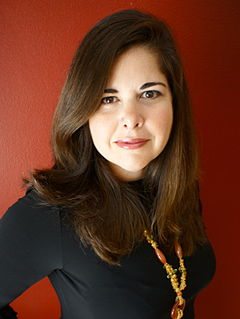 Moonlit woods, mysterious enchantments, a night-world of magic and shadows—Shakespeare’s romantic comedy about star-crossed lovers, spellbinding fairies and homespun rustics is reimagined with 50s doo-wop, swing and Latin dancing. A play for dreamers of all ages. $10, public; $5, Eckerd community; $1, Eckerd students with ID

From the makers of Miss Representation, this documentary follows boys and young men as they struggle to stay true to themselves while negotiating America’s narrow definition of masculinity.

When a sewer worker’s body is found inside a manhole in Mumbai, an aging folk singer is brought to court and tried, accused of having incited his apparent suicide with a song he had written. This provocative look at modern India has won several jury prizes at major international film festivals. Part of the International Cinema Series.

Following the release of his revolutionary Soviet film Battleship Potemkin, Sergei Eisenstein was celebrated around the world and invited to the United States. Rejected by Hollywood and maligned by conservative Americans, he traveled to Mexico to explore a film privately funded by American pro-Communists. Peter Greenaway’s latest film is an imaginative take on a pivotal experience in the life and career of one of the most influential of Russian filmmakers. Part of the International Cinema Series.

When an assassin fails to kill one of her targets, she is punished by being ordered to kill the man she was once betrothed to. Several years in the making, the film played at the 2015 Cannes Film Festival, where Hou was awarded best director. Justin Chang of Variety wrote: “Shot for shot, it’s perhaps the most ravishingly beautiful film Hou has ever made, and certainly one of his most deeply transporting.” Part of the International Cinema Series.

Small instrumental ensembles will be joined by the Eckerd Community Band to perform a wide variety of American music from different subcultures.

Met Opera Live in HD: LuluSaturday, Nov 21, 12:30 p.m., Miller Auditorium
A new production from acclaimed director William Kentridge applies his unique theatrical vision to Berg’s notorious femme fatale who shatters lives, including her own. The masterful score is in the sure hands of Met Music Director James Levine. Soprano Marlis Petersen has excited audiences around the world with her portrayal of the tour-de-force title role, a wild journey of love, obsession and death. Susan Graham joins a winning cast,including Daniel Brenna and Johan Reuter.