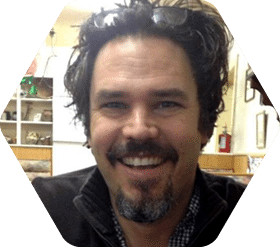 Professor Andersen focuses his teaching and research on the intersections and interactions between different ways of knowing (especially in science, art, religion, social and political life, and philosophy). He is interested, for example, in the fact that different ways of knowing, that each seem compelling in their own right, appear to inform conflicting or contradictory views of the ultimate nature of reality, or of what is genuinely significant. Currently focused on film and its capacity to provoke philosophical questions, his teaching and writing draws upon insights gained from his study of the history of philosophy – especially Modern Philosophy from Bacon and Descartes to Hegel and Nietzsche. He is the founder and co-director of Eckerd College’s International Cinema series, and the co-director of the “Visions of Nature/Voices of Nature,” Environmental Film Festival.

Students of philosophy at Eckerd have extensive opportunities to encounter the wealth of the great ages of philosophy, as well as to gain a working knowledge of the most recent philosophical approaches.