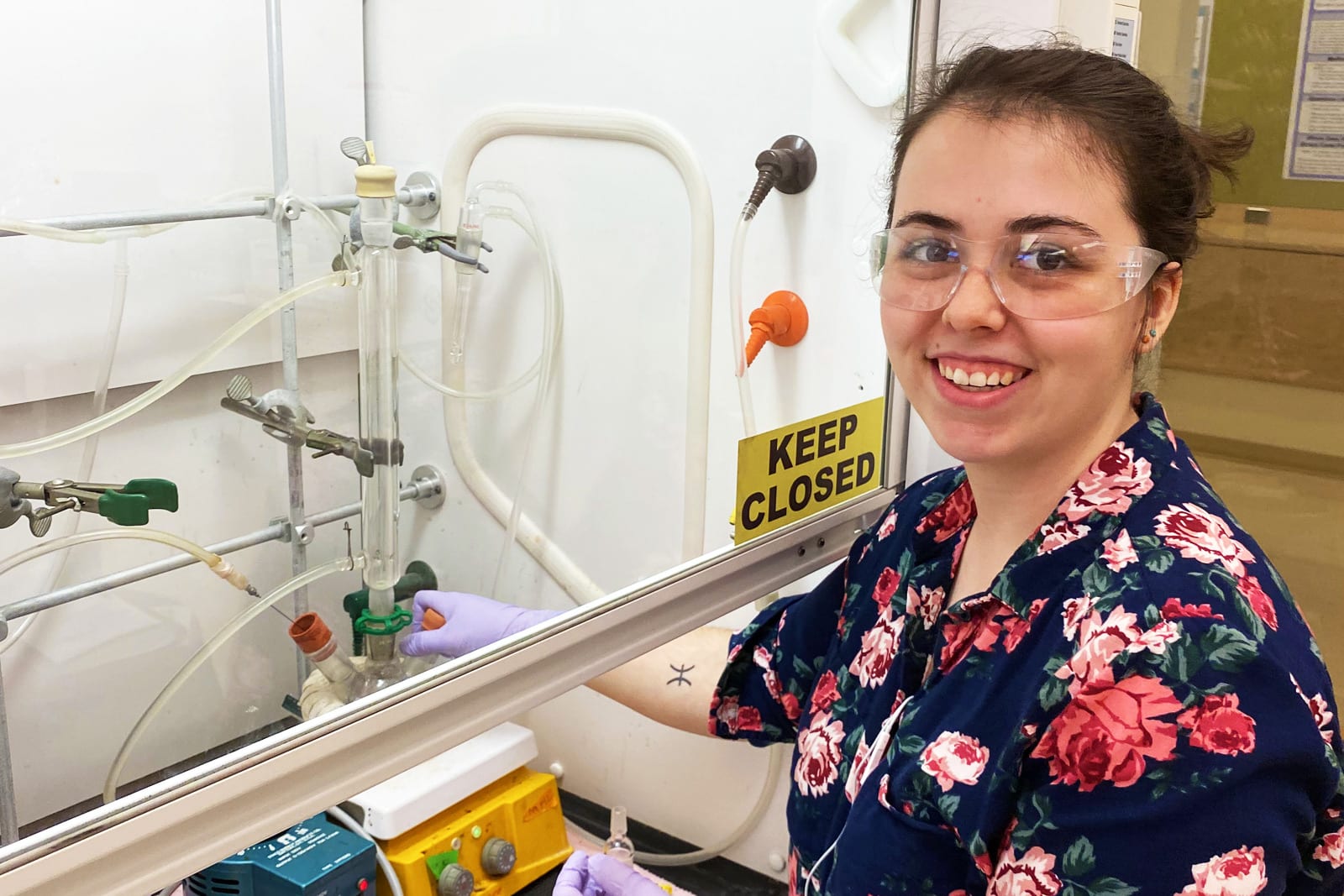 Lauren McDonald ’21 is researching how to generate hydrogen gas using the organic metallic compounds in iron, a plentiful and conservation-friendly ore.

Meeting the leaders of the American Chemical Society (ACS), the professional organization for chemists and chemistry majors, multiplied the possibilities in the mind of Lauren McDonald ’21, president of Eckerd College’s Student Affiliates Chapter of the ACS.

Lauren, a junior chemistry student from Seattle, was granted the ACS Student Leadership Award in November, which made her one of 16 college students from around the country to receive an all expenses paid trip to the annual ACS Leadership Institute held at the Renaissance Waverly Hotel and Conference Center in Atlanta on January 24–26.

“I met the immediate past president, the current president and the president-elect,” Lauren recalled. “It was really a great opportunity to hear about their values, their paths and how they got where they are in their fields and what they hope to do with the organization.”

At the conference which also included local chapter leaders from around the country and international affiliates, Lauren learned from other chemists about how to engage and motivate volunteers, how to get your message across, how to improve your soft skills and why they are important, and how to lead others without causing fatigue or lowering morale or creating a toxic environment in the workplace.

Lauren’s ACS journey has been a whirlwind. From the time she joined one year ago, she’s made magnificent strides, according to Lisa Bonner, Ph.D., assistant professor of chemistry and ACS chapter advisor. Following her election as vice president, she was asked to step into the vacant president role two weeks after the start of the Fall Semester.

“She took it on and got things organized immediately. Lauren drafted a thorough club charter and bylaws and then insisted on specifying the roles of all the other officers and getting them trained,” Bonner explained. “She’s even started mentoring younger students in the hopes of preparing someone to be her successor as the club’s leader.”

That sort of determination made it easy for Bonner to nominate Lauren for the ACS Student Leadership Award. “She got one of only 16 awards and that speaks volumes as well,” Bonner elaborated. “They way she instantly, seamlessly took over, I knew that something like this conference would take her to the next level.” 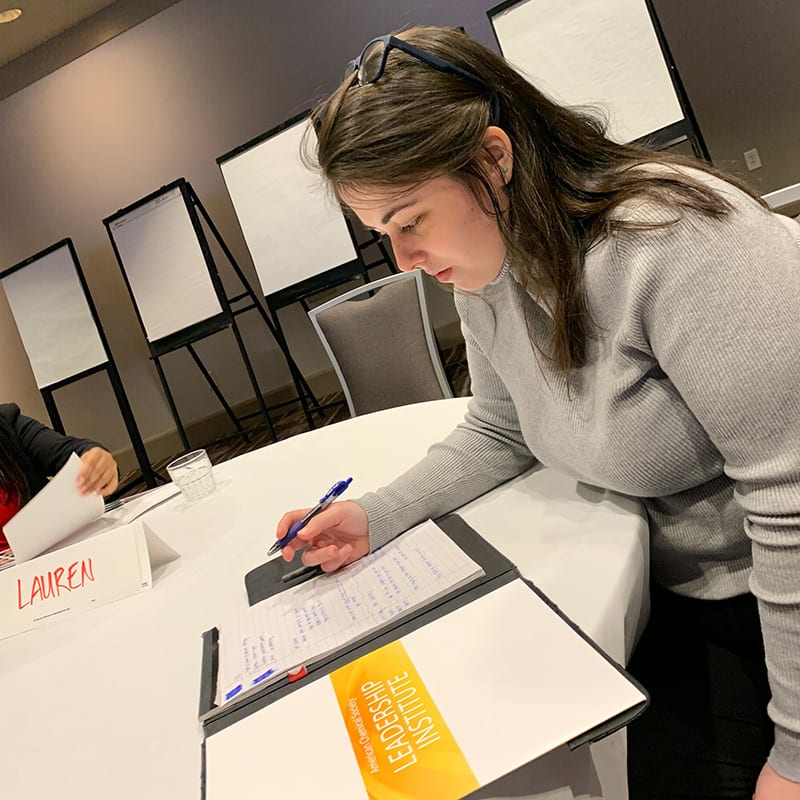 Prior to helming ACS, Lauren had already been published in the Royal Society of Chemistry’s Dalton Transactions for her research work with Greg A.N. Felton, assistant professor of chemistry and Lauren’s faculty mentor. Felton’s work centered on studying the intramolecular properties of the manganese organometallic compounds and the desired result was using the metals and ligands to convert carbon dioxide to carbon monoxide.

Research opportunities are what drew Lauren, who fancied herself a marine chemist, to Eckerd College. “When I was looking at the book Colleges that Change Lives, I was impressed by how Eckerd’s marine science major included specialities including chemistry and geology. When I also found out that undergraduate students did research, I knew I wanted to come here.”

Relationships with chemistry professors turned her attention to general chemistry and gave her a goal for the future. This Spring, she’ll present her own research at the ACS National Meeting and Expo hosted in Philadelphia, Pennsylvania, on March 22–26.

Lauren’s researching how to generate hydrogen gas using the organic metallic compounds in iron, a plentiful and conservation-friendly ore. “It has been done with more expensive, harder to find metals like platinum. But iron is finicky. If we are able to do it and do it well, this alternative fuel source could have a great impact,” she opined.