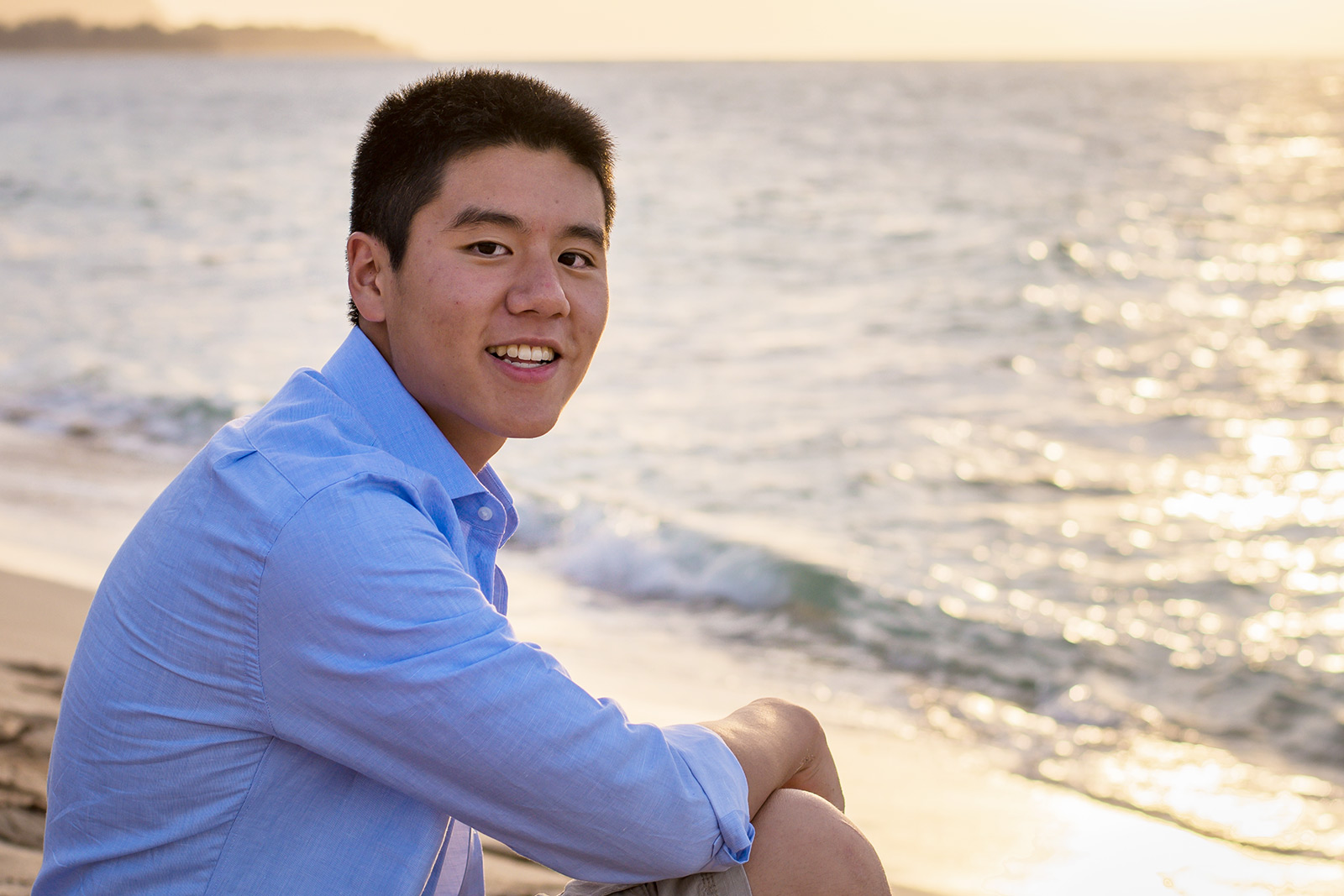 Mark Yamane convinced his parents that Eckerd College was the right place for his dreams—marrying his passion for marine science with his interest in computer science while gaining hands-on research experience.

They were the first people he called in March when he found out he would be receiving the 2021 Barry J. Goldwater Scholarship, a very selective $7,500 award given to sophomores and juniors who obtain a 3.0 grade point average, plan to have careers in the natural sciences and present a rigorous application that includes an original research paper.

“I tried to prepare them by telling them it was competitive and it might not happen,” remembered Mark, a junior computer science and marine science student from Seattle. “They both freaked out when I told them I got it. They think it’s amazing and that I made the right choice by coming to Eckerd.”

Founded in 1989, the scholarship program honoring Senator Barry Goldwater is the preeminent undergraduate award of its type in the natural sciences. Goldwater Scholarship Campus Representative and Associate Professor of Biology and Marine Science William Szelistowski, Ph.D., said the Goldwater averages eight awards per state each year for students from all fields of science, engineering and mathematics. “This is a real feather in the cap of Mark, and of Eckerd’s science program,” he added.

Growing up in a coastal state, Mark has always been interested in marine life but hadn’t found a specific area of study where he wanted to deepen his focus. He knew he also had an interest in computer science and thought his best chance at really learning would be to find a small college that had excellent programs in both.

“My choices were between Eckerd and a big state school, and I had never done any computer programming before,” Mark admitted. “I knew there would be little opportunity to double-major and that I would not have the same research opportunities as an undergraduate in the other school, so I knew Eckerd was the better option.”

In his first year, Mark took his first programming class from Professor of Computer Science Holger Mauch, Ph.D., and discovered his aptitude for the field. He also joined the microplastics research of Assistant Professor of Marine Science Amy Siuda, Ph.D., and parlayed that experience into a Research Experience for Undergraduates (REU), where he spent his first collegiate summer at Oregon State University running population modeling for fish types off the coast of California to determine harvest patterns.

That set Mark up nicely when it was time to apply for the National Oceanic and Atmospheric Administration Hollings Scholarship in 2020. After netting that $9,500-a-year award for sophomores that includes an internship for the summer between junior and senior years, Mark did another REU where his computer science skills came in handy: studying energy occurrences in the Mediterranean. This summer, he’ll take on his virtual Hollings internship in his hometown of Seattle, where he’ll be collecting data from sail drones charting the atmospheric conditions of the Arctic.

“I plan to get my Ph.D. in computer science because it’s much more flexible as far as career options. I want to use deep learning algorithms to simplify marine science data collection and processes,” Mark explained. He has already started work on an algorithm that can detect dolphin whistles recorded through an underwater microphone while removing various interfering noises.

Outside of school and research, Mark recently played his first concert in Eckerd’s steel drum band—another opportunity he gained by embracing the liberal arts ethos.

“I played drums in the marching band in high school, and one of the things I love about Eckerd is you can take any course you’re interested in,” Mark said. “I took a band class, and the teacher told us about the steel drum ensemble. I decided to give it a try and loved it.”