SP 101: Elementary Spanish I
Fundamentals of Spanish language with a focus on developing skills in speaking and listening comprehension. Introduction to basic grammatical structures and basic vocabulary.

SP 201: Intermediate Spanish I
Comprehensive review and in-depth review of grammar. Emphasis on interaction and communication, allowing students to express, interpret, and negotiate meaning in context. Practice in all four skills, including writing and fiction reading. Prerequisite: SP 102.

SP 204: Spanish: Reading the Classics
Study great works of Spanish and Latin American literature (abridged versions) in the historical and literary context in which they were created. Explore their universal appeal through their most recent film reinterpretations. Prerequisite: SP 202.

SP 207: Spanish: Written Expression
Development of writing skills. Review of selected grammar topics such as relative pronouns, indicative and subjunctive tenses, and narrating in the past. Vocabulary acquisition and proper use of dictionary. Intensive writing. Prerequisite: SP 202.

SP 300H: Hispanic Short Fiction
Introductory survey of the short fiction of both Spain and Latin America during the 19th and 20th centuries. Among the themes to be studied are social and political injustice, women's rights, alienation, violence, humor and love. Prerequisite: SP 204 or SP 207.

SP 301H: History and Culture of the Hispanic World
History and culture of Spain and Latin America and their interaction. Consider the birth of Spain as a nation, the discovery and conquest of Latin America, the transition from autocracy to democracy in Latin America. Prerequisite: SP 207.

SP 303H: The Argentine Short Story
This course will explore, discuss, and analyze the Argentine short story during the last century and how these works respond to questions of power, identity, space, and gender. Taught in Spanish. Prerequisite SP204 or SP207.

SP 304H: Spain's Contemporary Culture in Film
Study of the main cultural, historical and socio-political issues in contemporary Spain with special focus on the textual analysis of films as cultural products. Prerequisites: SP 204, SP 205, SP 207, any 300-level Spanish course, or permission of instructor.

SP 308H: Film and Literature: Spanish Civil War
Historical overview of the Spanish Civil War. In-depth study of texts and films that address the war in a national and international context. Multiple perspectives through works by authors from Spain, England and Italy. Prerequisite: SP 207 or any 300 level Spanish course.

SP 309H: Film and Literature: Hispanics in the U.S.
Selected films and narrative works of fiction and non-fiction explore and highlight contrasting aspects of "Anglo" and Hispanic cultures. Development of cultural awareness through the analysis of the general principles that guide the students' own culture. Prerequisite: SP 207 or any 300 level Spanish course.

SP 402H: Latin Am Lit: Page to Screen
Taught in Spanish, this course is an advanced study of Latin American literary works and their adaptation to cinema. Sophisticated exploration, analysis, and research of works, authors, and directors. Prerequite: Any 300-level Spanish course or instructor?s permission.

SP 412: Cuban Literature
A panoramic view of Cuban litarature in Spanish from the colonial period to the present. Study how a sugar cane economy and slavery impact Cuban society through short fiction, novels, poetry, theater, essay, and film.

SP 498: Comprehensive Examination
Offered during the Spring for seniors having fulfilled or in the process of finalizing completion of all Spanish requirements in this semester. Consists of Standardized Proficiency Exam and a creative, individualized, content-based language product that can be shared with the community at large. 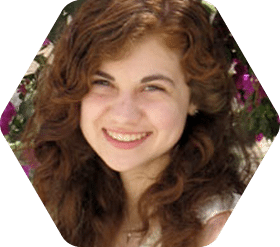