Professor of Biology and Marine Science

Originally from Calgary, Alberta, Canada, I moved to Halifax, Nova Scotia in 1989 to attend DalhousieUniversity, where I was accepted into a Ph.D. program in 1994 with Dr. Hal Whitehead. In 1996, I co-founded Blind Bay Cetacean Studies, an ongoing study of the cetaceans in the Halifax area. I completed my Ph.D. in 1999, and was awarded a postdoctoral fellowship at Texas A&M University at Galveston with Dr. Bernd Würsig from 2002 to 2004. I am currently a faculty member at Eckerd College in St. Petersburg, Florida, where I run the Eckerd College Dolphin Project. 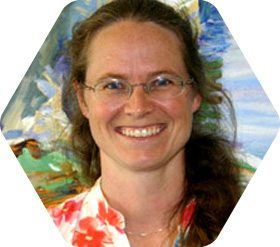 My primary research interest is the evolution of social organization in cetaceans in relation to foraging behavior, predation risk and ranging patterns. Additionally, I investigate the population structure and residency patterns of cetaceans as a correlate to social organization.

The Eckerd College Dolphin Project was started by Dr. John Reynolds III. I will be continuing to support this research and serve as its academic supervisor. The project uses the talents of Eckerd students in all aspects of the research. The main focus of the study is photographic identification of bottlenose dolphins (Tursiops truncatus) in the Boca Ciega area near TampaBay in order to understand the biology of the animals.

Blind Bay Cetacean Studies was established in 1996 by myself and Peter Simard. Field studies are carried out in the summer months near Halifax, Nova Scotia.

The main focus of my research is the investigation of the social and population structure of Atlantic white-sided and white-beaked dolphins (Lagenorhynchus acutus and L. albirostris). Both species are found in the same relatively shallow (~30m) coastal waters near Halifax, Nova ScotiaCanada; however, they are temporally separated. White-beaked dolphins are typically found in this area from April to early July in groups of 6-10 animals; Atlantic white-sided dolphins occur found from mid-July to September in groups of 20-100 animals. We suspect that they have different prey availability and preference patterns, but do not know the details. As a correlate to the social and population structure, we are studying the residency patterns of individuals to determine if they are long-term residents or short-term visitors, and as well investigating the life history patterns. This research was the subject of my postdoctoral fellowship at Texas A&M University at Galveston.

Other areas of research include photo-identification of other species (including fin and minke whales) and ecological and distribution related studies.

For my doctoral research at DalhousieUniversity (Halifax, Nova Scotia), I studied the differences in behavior and patterns of association between individual northern bottlenose whales (Hyperoodon ampullatus), as well as differences between age and sex classes. This work took place in the Gully, a prominent submarine canyon off the east coast of Canada. In addition, I estimated the population size and residency patterns of bottlenose whales. In 2002, the Gully population was declared “Endangered” by the Committee on the Status of Endangered Wildlife in Canada (COSEWIC), partially as a result of my research. Throughout my doctorate, I worked with conservation groups, oil and gas companies and government regulatory bodies to help establish the Gully as a marine protected area, the first in Atlantic Canada.

I have also been involved with sperm whale research in the Galapagos Islands and New Zealand. For my undergraduate thesis I studied the distribution of small odontocetes around the Gully.

Gowans, S., and H. Whitehead. 1995. Distribution and habitat partitioning by small odontocetes in the Gully, a submarine canyon on the Scotian Shelf. Canadian Journal of Zoology 73:1599-1608.

Eckerd College has one of the highest percentages of alumni who have gone on to earn Ph.D. degrees 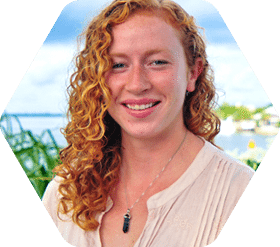 “The academic environment is welcoming, serious, open for questions and intimate. I am never scared to ask questions or visit my professor in office hours.”