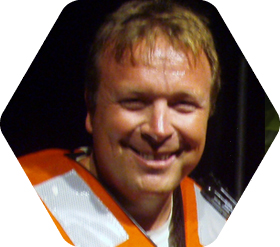 My research focuses on the behavior, ecology and conservation of cetaceans, and on various aspects of marine bioacoustics.  I am currently working on projects investigating the spatial patterns of individual bottlenose dolphins in the Tampa Bay area, the effects of boat noise on bottlenose dolphin acoustic behavior, and the habitat use patterns of several dolphin species near artificial and natural reefs in the Gulf of Mexico.  My research activities are part of the Eckerd College Dolphin Project.

I started my research career as a fisheries oceanography research assistant with the Open Production Enhancement Network immediately after the infamous Atlantic cod collapse and moratorium of 1992.  In 1995 I turned my attention to cetaceans, and since then have worked on a variety of projects and species.  Some notable mentions are investigations on sperm whales in the Galapagos Islands (with Dr. Hal Whitehead, Dalhousie University), dusky dolphins in New Zealand (with Dr. Bernd Würsig, Texas A&M University at Galveston) and Amazon River dolphins in Brazil (with Dr. Vera Da Silva, Instituto Nacional de Pesquisas da Amazônia).  With Dr. Shannon Gowans (currently at Eckerd College, Marine Science & Biology), I established Blind Bay Cetacean Studies, a research organization in Nova Scotia, Canada, which investigated the ecology and population structure of various species of cetaceans. 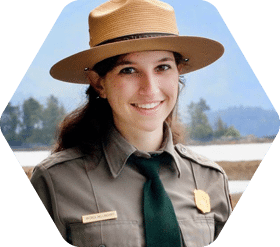 “I would not be living my dream as a park ranger in Alaska if it weren’t for Eckerd College and some amazing mentors.”