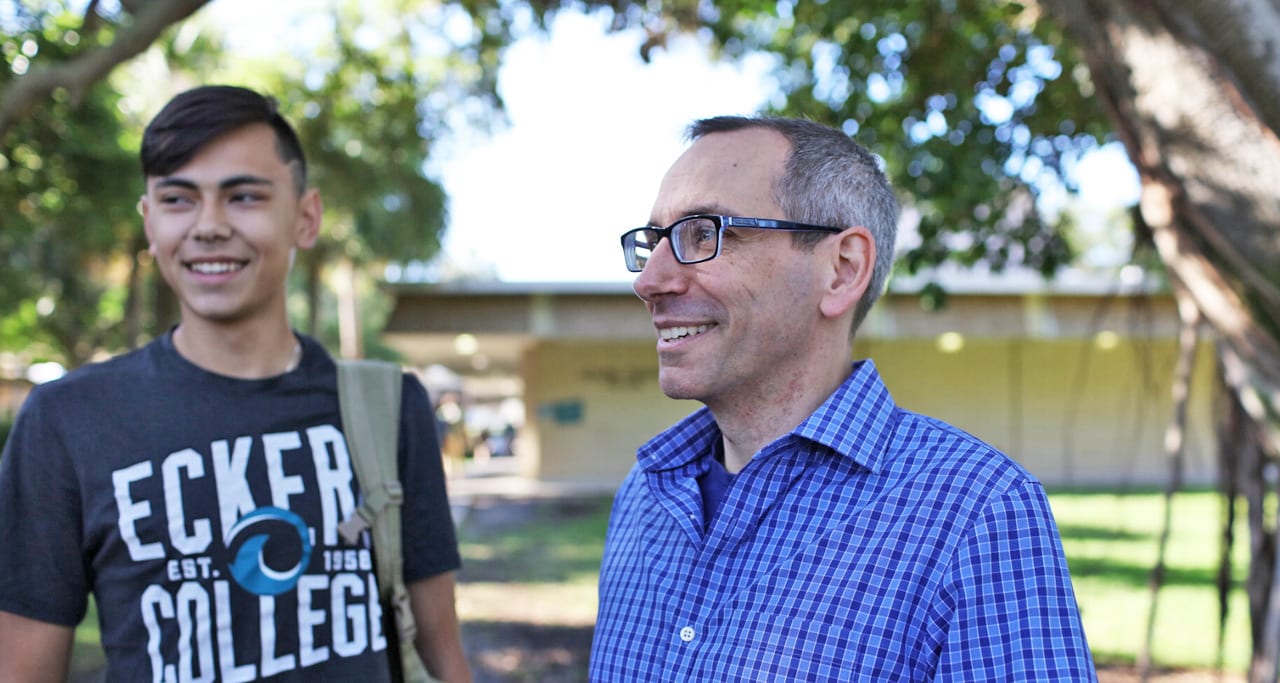 How did the English language get from “thee” and “thine” to “you” and “yours”? Associate Professor of Mathematics Nazarré Merchant will use an NSF grant, computer algorithms, mathematical principles and the brain power of global academics to search for the answer.

The cognitive linguistics project will look at the relative distance between developments in language to attempt to predict how languages will change in the future, Merchant explained. “There will always be some distinctions that aren’t captured. What we’re predicting is where things may diverge.”

Children often mishear from their parents and innovate with one another, until those innovation becomes part of the common vernacular – such as using a so-called ‘double-negative’ in colloquial English which often serves to emphasize a negative in dialects that have them.

“French is filled with double negatives. English is not,” Merchant said. “So what we’re looking at is the transformation of English into something a little more French-like.”

The grant covers the development of the computer software as well as collaborations with universities in Santa Cruz, Calif.; San Diego, Calif.; Verona, Italy; Calgary, Canada; and Rutgers, N.J. Merchant will travel to other institutions to work on the linguistics software before inviting all the collaborators to Eckerd College for a miniconference in two years.

Annalise Kendrick ’21, a psychology and mathematics double major from Littleton, Colo., and Thomas Haines ’20, a computer science major from Englewood, Colo., were hired to serve as Merchant’s student research assistants.

Annalise previously worked on psychology research with Assistant Professors of Psychology Miranda Goodman-Wilson and Chris Rowland. She met Merchant at a math social and discovered their common interest in linguistics.

“It will be great to do something more with math than just solving an equation before me. To creatively use math to understand something else sounded like a challenge I wanted to pursue,” Annalise explained.

Thomas was recommended for the grant assistantship by his mentor Professor of Computer Science Kelly Debure. “It was very exciting to be recommended and to get involved with on-campus research,” Thomas said.

By the end of the grant period, Merchant hopes to have the framework of computational software that has analyzed the changes in languages over time that can then predict likely changes.