Arthur Skinner ’72 and his son Joseph Skinner ’14 join Nicole Manuel ’98 to open the final 200-pound “mystery” crate of visual art donated to the College in the 1970s.

Sunday, September 1, marked the end of a mystery at Eckerd College as visual arts faculty mounted the final show of decades-old, donated art unearthed in an unassuming storage room.

Hidden Treasures VIII: Highlights from the Last of the Mystery Crates will be on display until November 15 in the Main Gallery of the Nielsen Center for Visual Arts (NCVA).

The eighth show features three lithographs by Lee Krasner, whose retrospective is currently on display at London’s Barbican Centre and whose overshadowed legacy—she was the wife of Jackson Pollock—was featured in a recent article in The Atlantic magazine.

“She’s getting some long-overdue attention in the art world,” said Arthur Skinner ’72, a professor of visual arts at Eckerd College and the show’s curator.

In October 2015, Rev. Doug McMahon, Eckerd College chaplain and director of its Center for Spiritual Life, stumbled upon a treasure trove while looking through a mechanical room in the Billy O. Wireman Chapel on campus. He found 10 huge storage crates filled with art that had been collecting dust.

Skinner spent the next four years opening the crates filled with hundreds of pieces from a long-forgotten gift to the College from the Martin S. Ackerman Foundation. Pieces had been donated from 1979 to the early 1980s; some had been framed, others sold, but no one knows how this large deposit ended up squirreled away in a storage room. In total, Skinner was able to curate five shows based on the mysterious gift and archive 800 world-class prints, five limited-edition sculptures, 15 limited-edition books and one original drawing. Famous names such as David Hockney, Adolf Gottlieb, Larry Rivers, Eduardo Paolozzi, Joe Tilson, Dame Elizabeth Frink, Dieter Roth and Patrick Procktor now populate the Eckerd College Collection. 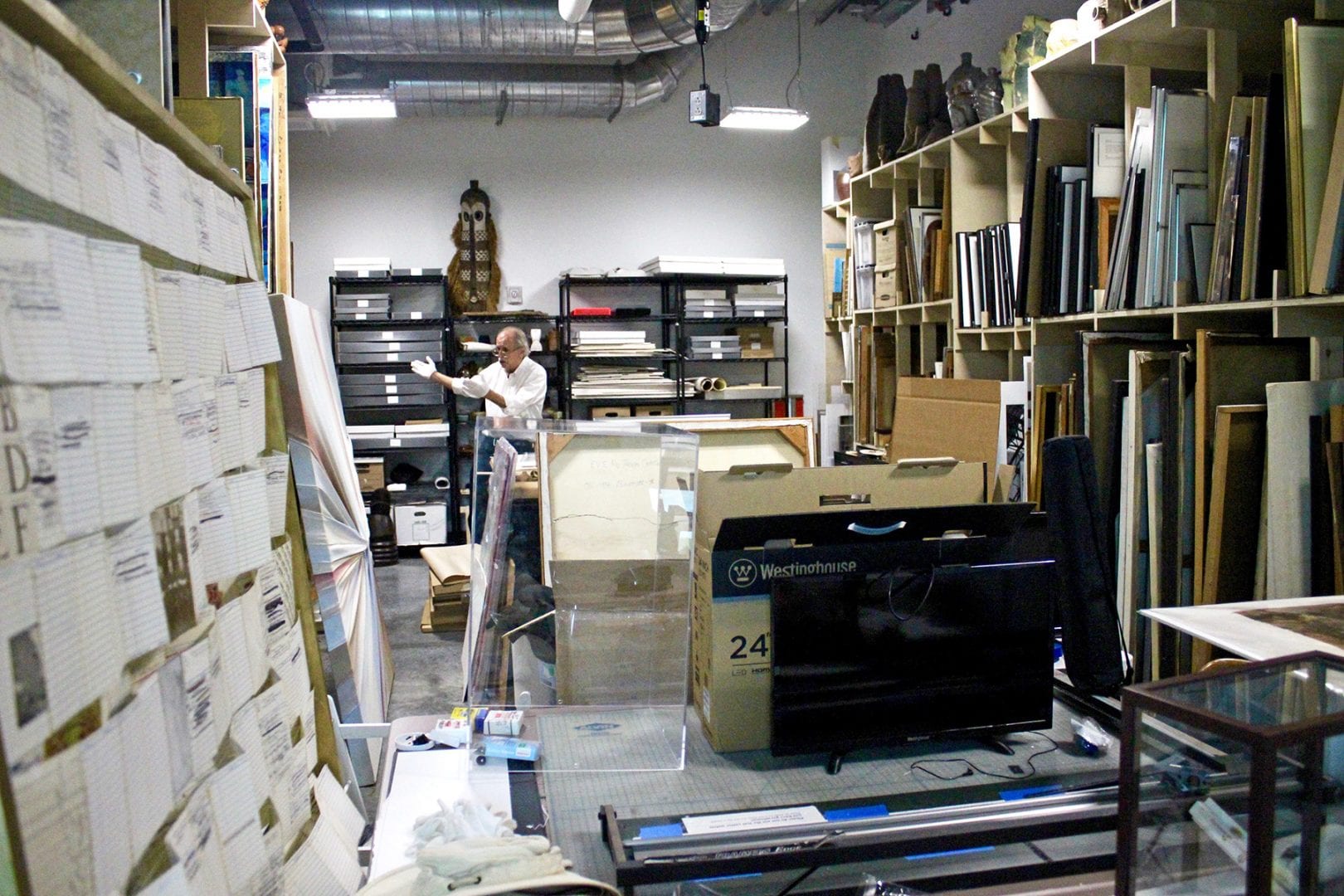 Following the final show, the real work will begin for the art faculty.

“First, we have a good bit of work to do in updating our inventory, including any necessary research,” Skinner explained. “And, hopefully, someday we’ll be able to complete, or at least make significant progress with, a project to digitize the entire permanent collection, which began a couple of years ago.”

“This could also, at least potentially, involve any student assistants who have a particular interest in art history or museum studies,” Skinner said.

Remaining pieces will be flat filed in the NCVA gallery storage until they reemerge once again.

Check out the Visual Arts Events Calendar for a full listing of this semester’s gallery exhibitions.