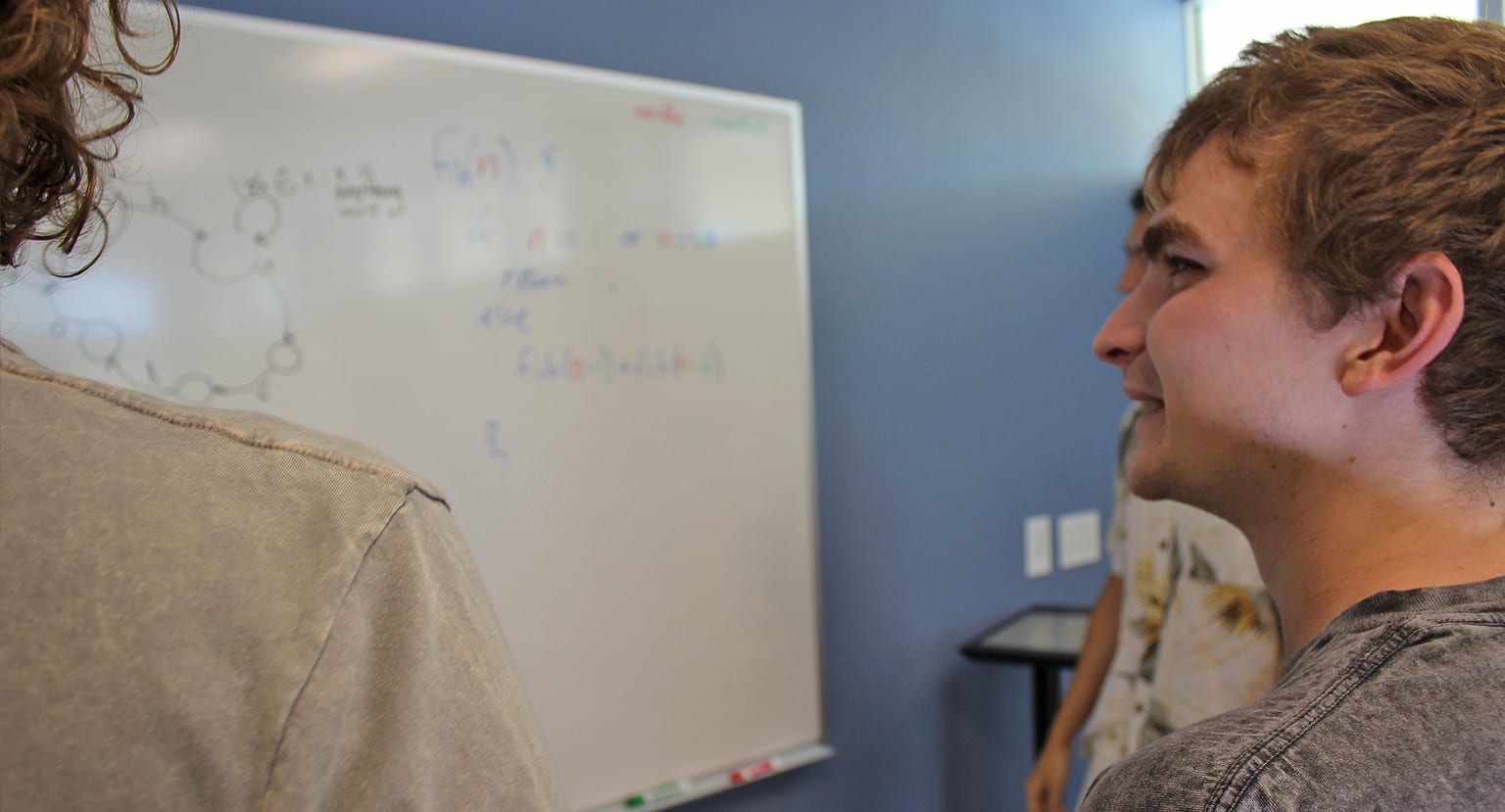 Every day in the digital world, people generate massive amounts of data.

What you buy, where you’ve been and even your heart rate are being monitored and cataloged by your essential devices and stored in company databases.

“Pretty much every industry is collecting data, and they turn to data scientists to help them find insights,” said Michael Hilton, Ph.D., assistant professor of computer science at Eckerd College. “What data science does is take all the information and turns it into insights for governments and businesses.”

Beginning this semester, Eckerd College students interested in learning how to look at data, ask it meaningful questions and gain useful information can minor in data science. In October, faculty approved the minor requirements—a process that was three years in the making.

Hilton, the minor coordinator, retired from a 20-year career as a data scientist at Procter & Gamble in Cincinnati, Ohio, and decided to return to his first love: teaching. Vice President for Academic Affairs and Dean of Faculty Suzan Harrison showed immense interest in turning Hilton’s expertise into a minor that could benefit all Eckerd College students, not just computer science majors.

“Data science is an inherently interdisciplinary field, requiring a blend of three different skill sets: computer programming, mathematics and domain knowledge. The data science minor proposed for Eckerd is intended to provide students who are not computer science majors or minors, but are instead focused on becoming domain experts, with a sufficient background in computer programming and mathematics to apply data science to problems in their field of expertise. The minor will not be available to computer science majors or minors because of the overlap in degree requirements,” according to the official minor description.

Hilton’s class, Fundamentals of Data Science, already has a wide cross section of majors and regularly enrolls twice as many students as the average computer science course. The practical usage of data science courses fits into so much of what Eckerd students will do.

“Essentially, any person who goes to graduate school to conduct research is going to be using data science; they just don’t know it yet,” Hilton explained.

Data science remains one of the most in-demand skill sets across industries, according to a 2018 report from the National Academy of Sciences. Minors at Eckerd will be required to complete five courses including Intermediate Programming, Fundamentals of Data Science, one statistics course and two other computer science–focused classes.

Hilton said his students are challenged to come up with a cool question, find a data set that can help answer it, create a visualization of their information, and ultimately decide if their question was answered or if they even asked the right question. “Sometimes you’ll find that you’ve asked the wrong question. The data will show that there are much more interesting questions at play,” he explained.

For instance, using passenger information from the Titanic, Hilton asked his students, “What contributed to surviving or dying?” Unsurprisingly, they found it helped to be a woman or child in first class, and being a third-class passenger of any gender or age was a harbinger of doom. “Most of the problems are small in Fundamentals because we are teaching them how to explore the data,” he added.

Once they’ve got the basics, they can graduate to trying their hands at sophisticated modeling like the election predictions popularized by data scientist Nate Silver’s FiveThirtyEight or the sort of product modeling Hilton used to do at Procter & Gamble. The applications for the information and skill set are limitless.

Hilton himself is applying his background in data science to the study of gopher tortoise cliques along with Assistant Professor of Biology Jeff Goessling, Ph.D. A keystone species, gopher tortoises are a threatened population that apparently are very social but also very selective. “A male will visit several females daily to ‘go a courting,’ but they are very specific and can sometimes completely avoid tortoises with burrows nearest to them,” Hilton explained.

To figure out who hangs out (and mates) with whom and why, the professors have placed cameras on 12 burrows in St. Petersburg’s Boyd Hill Nature Preserve to study daily tortoise movements for one year. “We’ll essentially take a computer to make sense of the natural world, which is a very Eckerd thing to do,” Hilton joked.