This May, Pulitzer Prize–winning author Jack Davis will return to where his career began to deliver Eckerd College’s 56th Annual Commencement address.

Davis, 62, author of The Gulf: The Making of An American Sea and professor of history at the University of Florida, is charged with delivering the final address to the Class of 2019 at the Commencement Ceremony on May 19.

“The last Commencement address at Eckerd College I attended was when the speaker was [author and Nobel Peace Prize–winner] Elie Wiesel, so I was honored to be asked,” Davis said.

The Gulf won the 2017 Kirkus Prize for Nonfiction and the top prize for History at the 2018 Pulitzer Prize awards for its in-depth look at the cultural and environmental history of the Gulf of Mexico. Davis has a special connection to that body of water, having grown up in Pinellas County, Fla.

“I wanted all Americans to have both a historical and an ecological connection to the Gulf of Mexico,” Davis explained. “There’s been a string of oil spills and weather events the media has covered that have reduced its image to a hurricane alley. I wanted people to know it was more.”

Immediately after receiving his Ph.D. in American History from Brandeis University in 1994, Davis returned to his home county to take his first teaching position at Eckerd.

“We were extremely fortunate that his first teaching job was at Eckerd College. He taught exciting courses in American history, especially environmental history,” said Carolyn Johnston, Ph.D., professor of American studies and history and the Elie Wiesel Professor of Humane Letters at Eckerd College. “Jack Davis is an outstanding historian and author. It is a pleasure and an honor to have him return to the College to deliver the Commencement address this year.”

Davis left Eckerd to continue his teaching career at the University of Alabama–Birmingham and the University of Florida. Along the way, he authored award-winning books including Race Against Time: Culture and Separation in Natchez Since 1930 and An Everglades Providence: Marjory Stoneman Douglas and the American Environmental Century.

Longtime friend, colleague, fellow author and Eckerd College History Instructor Lee Irby said Davis is uniquely qualified to deliver the Class of 2019’s final address. “Jack Davis understands what it’s like to chase a dream, to work hard for a goal. There was no silver spoon in his mouth at birth, and his path to the Pulitzer Prize took him through a stint in the U.S. Navy and more than a few dead-end jobs,” Irby opined. “Few people know and understand how fragile Florida’s environment is, and Jack has delivered a masterpiece on the body of water, the Gulf of Mexico, that we all call home at Eckerd College.”

Davis said he plans to talk about the future and the environment to the Class of 2019, with full hope that this generation will be the one to “figure out how to protect the planet. … The challenge is keeping the environment first and foremost. In particular, our policymakers need to know that environmental protection isn’t just about the birds and the fish; it’s also about quality of life,” Davis explained. “Not everything that contributes to quality of life has to be artificial.” 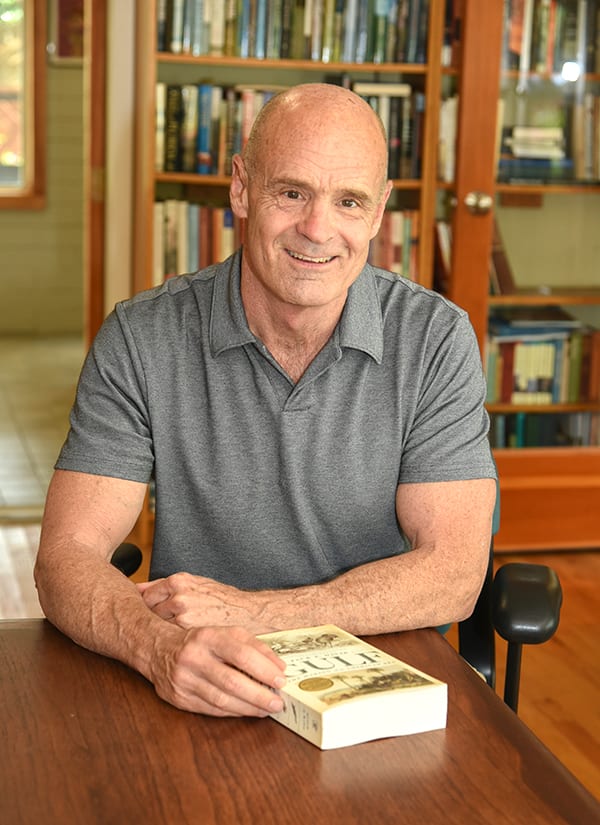 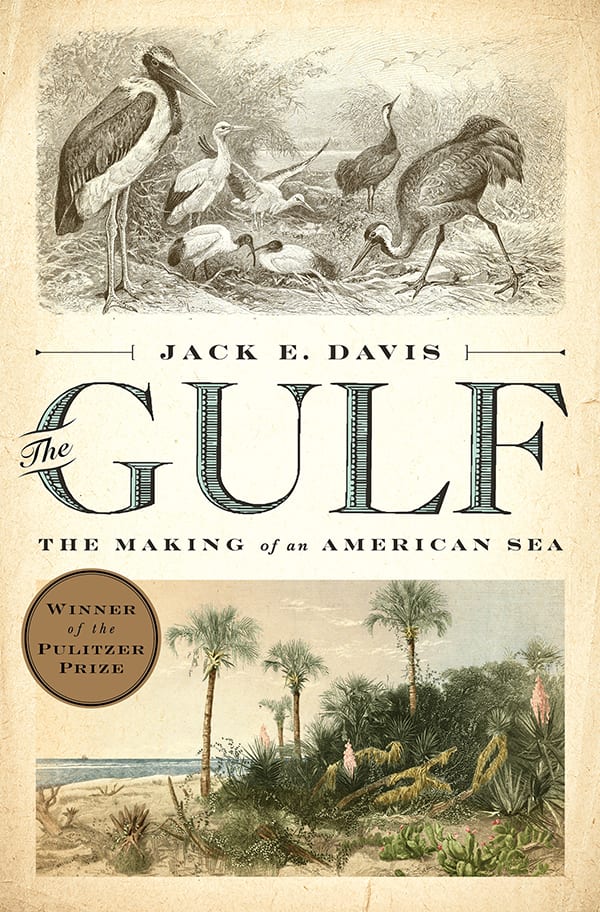 “The Gulf: The Making of An American Sea” won the 2017 Kirkus Prize for Nonfiction and the top prize for History at the 2018 Pulitzer Prize awards